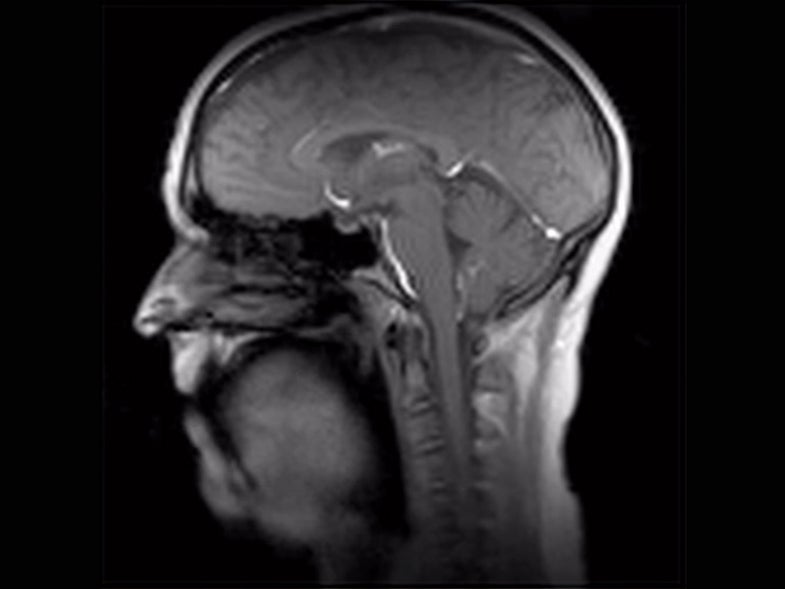 The longest half-hour of my life was spent in an MRI machine, getting my knee scanned after an athletic injury. If you don’t lie perfectly still, the image could blur and you might have to do it all over again. Of course, the more you concentrate on not moving, the more you want to move. Then the magnets make your muscles twitch and it feels even more like torture.

Besides being uncomfortable for patients, the MRI’s slowness limits what doctors can do with it. For example, Aaron Johnson, who studies speech and hearing at the University of Illinois, wanted to see whether singing would strengthen the vocal cords of elderly people, giving them stronger voices. To know if the training was helping, he needed to see what was going on in peoples’ throats before and after they sang a few tunes. So Johnson and his colleagues developed a new image processing method that can make a normal MRI machine–which captures images at 10 frames per second–generate images at 100 frames per second. It is now the fastest MRI technique in the world.

The the technical explanation as to how the team made this superfast MRI includes phrases such as “spiral navigators” and “sparsity constraints”. Here’s how Gizmodo summarizes it:

In the delightful video below, we see Johnson himself singing “If I Only Had A Brain.” As he sings, we can watch the muscles in his neck, jaw, tongue, and lips work together to produce sound.

We asked Johnson whether the technology could be used to image a purring cat, but he thinks it wouldn’t work. “Even though this technique measures motion, I had to remain quite still, which is why the top of my head (and my brain) are stationary during the video,” he wrote in a email. “Also, the machine is quite loud during imaging. My cat certainly wouldn’t sit still and purr while in an MRI machine!”

But the superfast MRI technique has a lot of useful (and probably more important) applications. In the future, Johnson says other researchers could use it to investigate how speech sounds are produced in different languages and how physical abnormalities, such as a cleft palate, impact speech and swallowing. The method could also be applied to other moving body parts–such as the beating heart–to give a more dynamic look inside the human body.