It's a big one 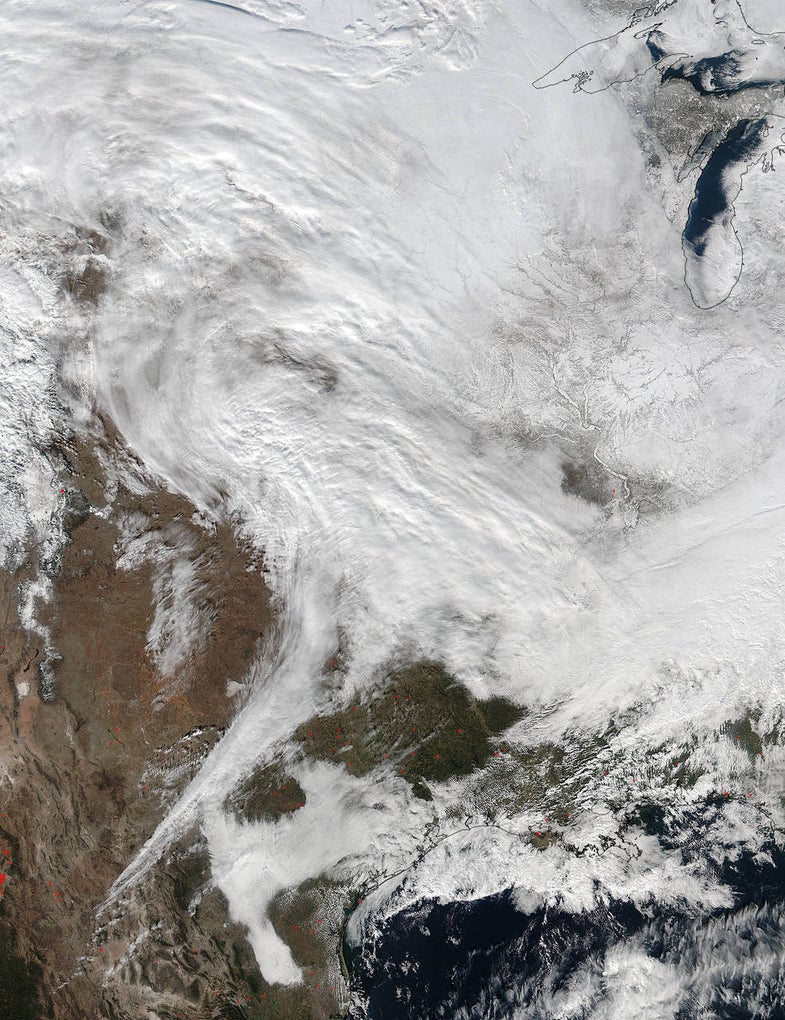 It’s coming for you, East Coast. In case you’ve been living a blissful paradise where you missed the news that the #snowpocalypse is coming, let the above picture be a wakeup call.

Captured by NASA on January 20, this image shows the central part of North America, covering an area from Mexico almost to Canada, and bounded by the Rockies in the left of the picture, and Western Florida and the Great Lakes to the right. You’ll be forgiven for not seeing all that at first glance as the majority of the picture is obscured by a giant swath of snow, ice, wind, and cold.

The part of the picture that’s most interesting to weather enthusiasts isn’t the white mass that’s already blanketing the northern parts of the country, but rather the cloud in the middle of the image. The one that looks like an evil white stingray. That’s the formation headed East now.

Blizzard watches and winter storm warnings are already springing up along the East Coast, with some of the most serious weather expected to hit major metropolitan areas around Washington DC on Friday, followed by Philadelphia and New York.

Check out an animation of the storm as it grows, taken by NASA’s GOES-East satellite. The first part of the video shows the development of another storm, which already passed through the South.