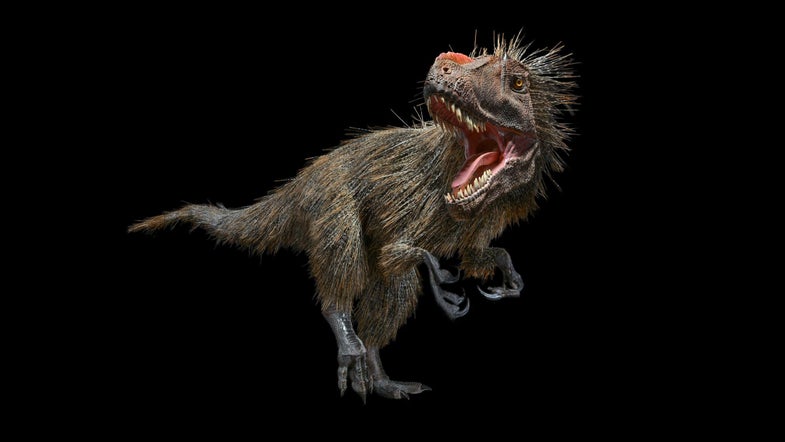 Dinosaurs are related to modern birds, and even had feathers! Join us on a 360-degree tour as we explore the relationship between dinos and birds at the American Museum of Natural History's “Dinosaurs Among Us."

Dinosaurs, it turns out, are not completely extinct. Far from it, in fact, as some 13,000 species of birds—dinos’ modern relatives—roam the earth today. “Dinosaurs Among Us,” a new exhibit at the American Museum of Natural History in New York City, showcases the relationship between ancient dinosaurs and birds, exploring the evidence that birds are a kind of dinosaur.

The exhibit features the many similarities shared by extinct dinosaurs and birds, including their skeletal structures, the architecture of their brains, and their feathered coats (a feathered T-rex is a particularly shocking sight). Mark Norell, a paleontologist and the exhibit’s curator, said during a press conference at the opening on March 15: “You could even argue that we still live in the age of dinosaurs.” The new exhibit opens to the public on March 21, 2016 and will run through January 2, 2017.