A DeepDream that never ends 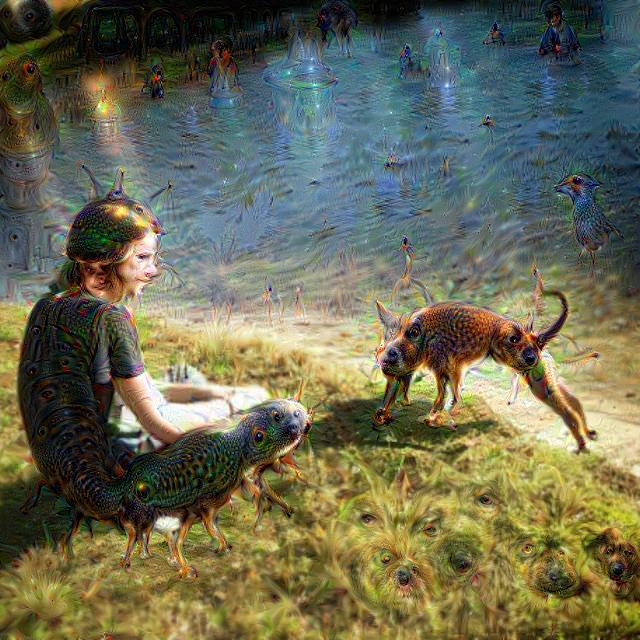 Transport yourself to a magical land of slug people, dog monsters, and other psychedelic scenes as you scroll though the Deepdream bot Twitter feed. Be forewarned, a significant portion of your day may be lost.

Ever since Google opened up its “DeepDream” source code, we’ve been mesmerized by the uncanny, computerized dreamscapes that Google’s artificial neural networks (ANNs) cook up, nightmarish chimeras of wobbly towers, bird-cars, and random limbs.

Last week, the Popular Science office as well as the rest of the internet couldn’t get enough of the DeepDream image generator. Now the Deepdream bot on Twitter makes it easy to spend countless hours looking at images submitted by people using Psychic VR Lab, another web implementation of the code. As users upload their images to be transformed, a before and after is posted on the generator’s website, and the bot shares them on Twitter with the hashtag #deepdream.

You would look equally miserable if you had a slug for a bun.

Sun of a Thousand Eyes.