What Are The Mysterious Glowing Spots On Ceres? 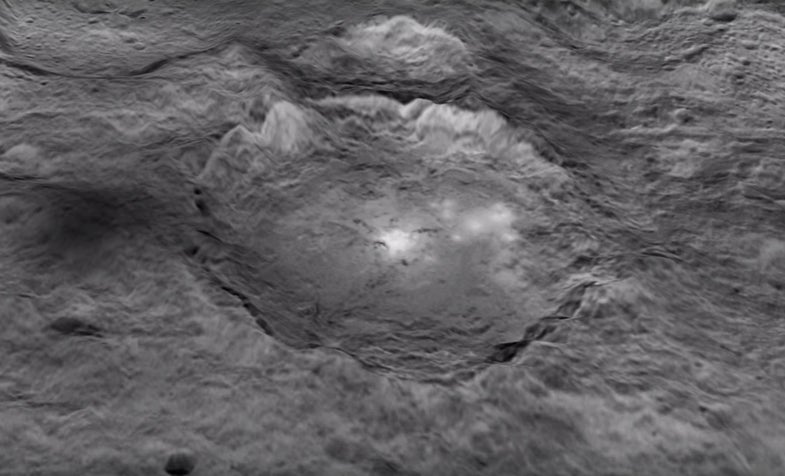 Out there in the Asteroid Belt between Mars and Jupiter, the dwarf planet Ceres has got some company. And since it arrived at Ceres in March, the Dawn spacecraft has been moving in closer and closer, sending back some pretty cool imagery for us to admire. Now, thanks to its high resolution topographic maps, you can take a closer look at two of the dwarf planet’s most interesting features: its mysterious bright spots, and a strange 4-mile high pyramid.

The bright spots sit in a crater 2 miles deep, and scientists aren’t sure what’s causing them to be so reflective. Could it be ice? Volcanoes? A Death Star?

Meanwhile, a pyramid-shaped peak is also piquing our curiosity. How could it have formed, and why does it have one dark side and one light side?

Scientists are hoping to learn more as the spacecraft closes in on a 910-mile orbit on August 15, and then a 230-mile orbit in December.