To catch a predator. Or, more realistically, a quadcopter 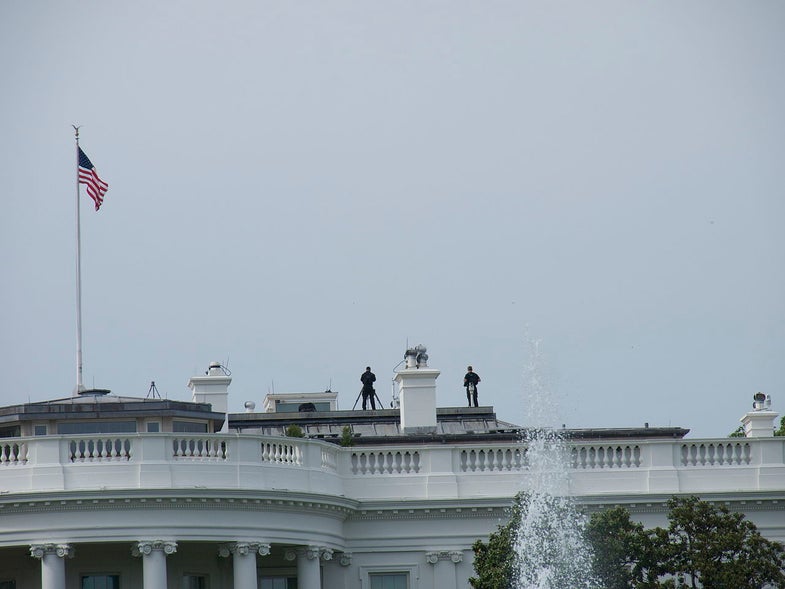 Washington, D.C. is officially off-limits for drones. But just because it’s the law doesn’t mean people listen; in January, a small quadcopter crashed onto the White House lawn. Now, the Secret Service is taking new action to keep the skies clear of unmanned interlopers: They’re flying drones of their own. From a Secret Service statement released Tuesday:

Unmanned aircraft systems exercises is pretty vague. It’s broad enough that it could include new drones like the in-development Rapere interceptor, or the kamikaze drone interceptor made by Malou Tech, or maybe even something like Malous Tech’s net-carrying anti-drone drone. It could also just involve something more low-key, like training officers on foot how to disable simple quadcopters flying overhead. It almost certainly won’t involve falcons.

We don’t know what security measures the Secret Service will use to counter drones, but whatever they end up doing, other governments are already interested in learning how to do it too. Drones buzzed by Paris landmarks over the past couple of days, and a law enforcement official told CNN that France reached out to the Secret Service for help regarding their own drone problem. Law enforcement in France arrested three Al-Jazeera TV journalists who were flying a drone over the city edge of the city, but no evidence yet connects this flight to the earlier landmark buzzing. If the Secret Service exercises prove fruitful, they could solve two drone problems with one trick.