SeaWorld Says Tilikum, Orca Of ‘Blackfish’ Fame, May Be Dying

At 35 years old, his health is failing 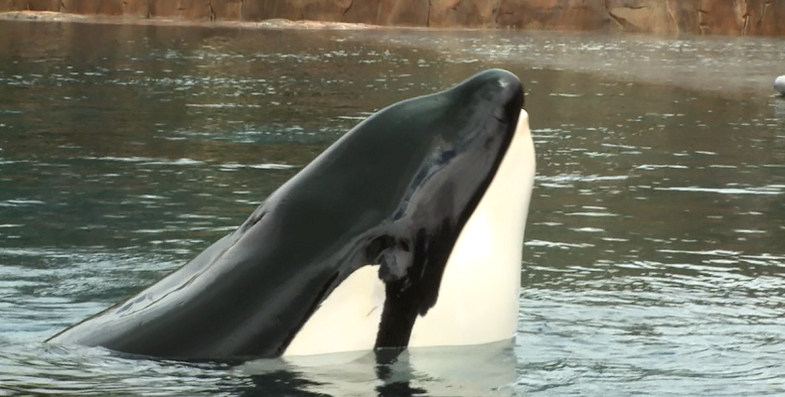 Soon, we might have to say goodbye to a giant figure in marine life. Tilikum, arguably one of the most infamous orcas in SeaWorld’s care, has grown lethargic over the past few weeks, and his veterinarians and support staff fear he might be dying.

Tilikum has a respiratory infection, bad teeth, and is roughly 35 years old, which is an advanced age for an orca whale. He came to SeaWorld 23 years ago from another amusement park, Sealand of the Pacific.

Tilikum is connected to three human deaths. Two were trainers: Dawn Brancheau was killed in front of SeaWorld visitors in 2010, and Keltie Lee Byrne drowned in Tilikum’s tank in 1991. The other death was Daniel Dukes, who died in 1999 after sneaking into the park.

Those events, and the treatment of Tilikum and other orcas in SeaWorld’s care were criticized in the documentary Blackfish, which came out in 2013.

Under public pressure, SeaWorld San Diego has decided that they will phase out orca shows by 2017.