SeaWorld San Diego To Phase Out Orca Shows Next Year

End of the splash zone 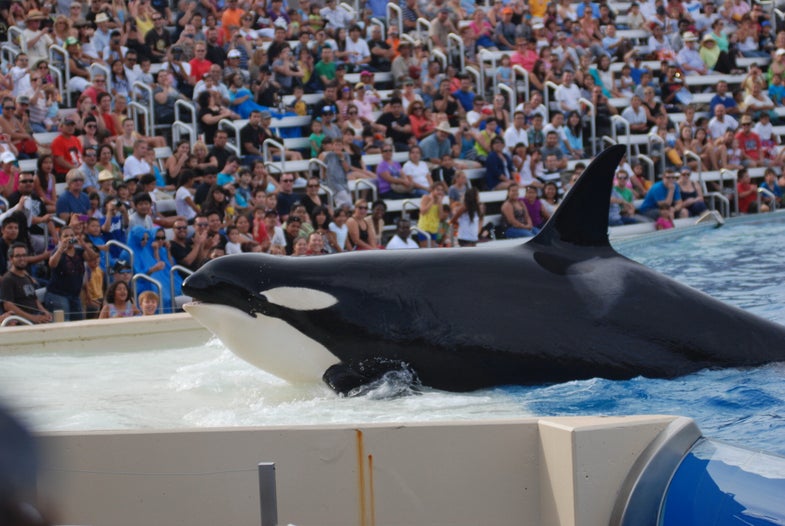 By the end of 2016, the San Diego SeaWorld will end its signature orca show, replacing it in 2017 with an exhibit in a more natural setting.

The One Ocean show in San Diego, and other ‘Shamu’ shows featuring orcas performing tricks in front of large crowds was a historically a big draw for SeaWorld theme parks across the country. But those shows in particular have come under fire in recent years from activists who protest the treatment of orcas (also known as killer whales) at the SeaWorld’s theme parks.

SeaWorld has been under increasing scrutiny and pressure since 2013 when the documentary Blackfish premiered. The film generated significant negative publicity for SeaWorld, and two years later, the organization is still scrambling to recover.

The status of other One Ocean shows in Florida and San Antonio remains unclear. The particular shutdown may be localized to California for the time being due to political pressures in that state, but that could soon change.

Last month, California approved SeaWorld San Diego’s plan to double the size of the orca habitat but added a caveat–the park would no longer be permitted to breed any of their 11 orcas. SeaWorld pledged to fight the ruling but got dealt another blow last week when California Congressman Adam Schiff announced that he was introducing a federal bill that would prohibit captive orcas from performing in shows.

The Orca Responsibility and Care Advancement (ORCA) Act proposed by Schiff would make it illegal to breed captive orcas and would also prohibit anyone from taking an orca from the wild to be put on display.