The search for the extinct Tasmanian tiger

Or: What to do if you encounter an extinct animal. 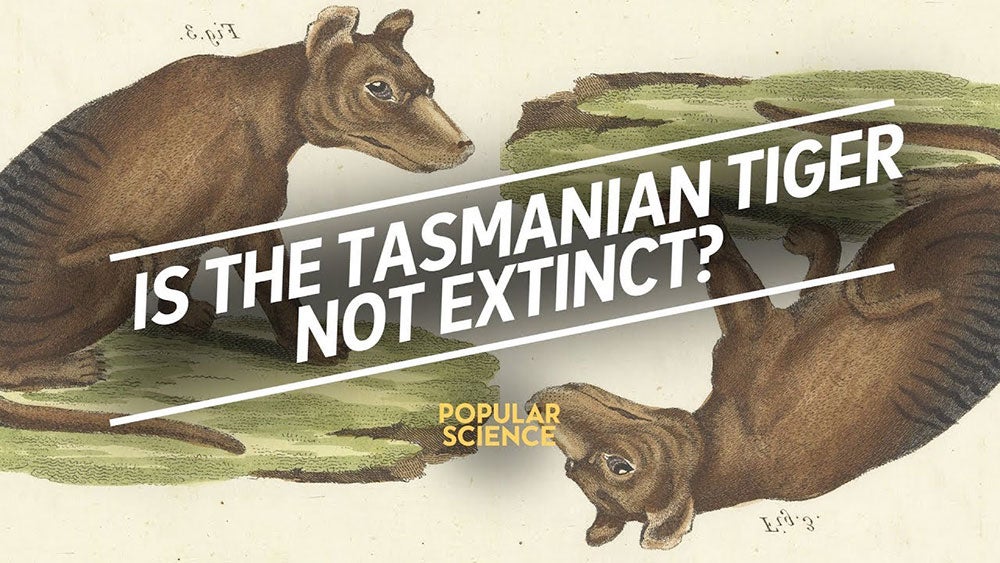 No. 1: What to do if you encounter an extinct animal.

Be cool. (And document the beast.)

Here: A Rogues’ Gallery of the No Longer Extinct…But first, the case of Thylacinus cynocephalur, or, perhaps now, the not extinct Tasmanian tiger of Australia.

Getting something in over the transmitter: The last thylacine died in 1936. “Extinct” means no longer in existence, yet, people keep reporting sightings—five thousand in the last 80 years.

In Queensland, Australia scientists have called recent sightings “plausible.” An official search for the Tasmanian tiger is underway.

No. 2: What to do if you are ever declared extinct (But you aren’t.)

Either A) Ride it out, or B) Call your congressperson.

We return to A Rogues’ Gallery of the No Longer Extinct. Also known as—”Hey, where’d you go? Oh there you are.”

Meanwhile, in the Pacific Northwest… We got you this time, the Humboldt Marten.

Earth is a big place, dear viewers. Sometimes, animals get misplaced. But, in this case, misplaced also means on the brink of extinction. Hope to see you soon, Tasmanian tiger.