Somewhere between a zombie and a cyborg 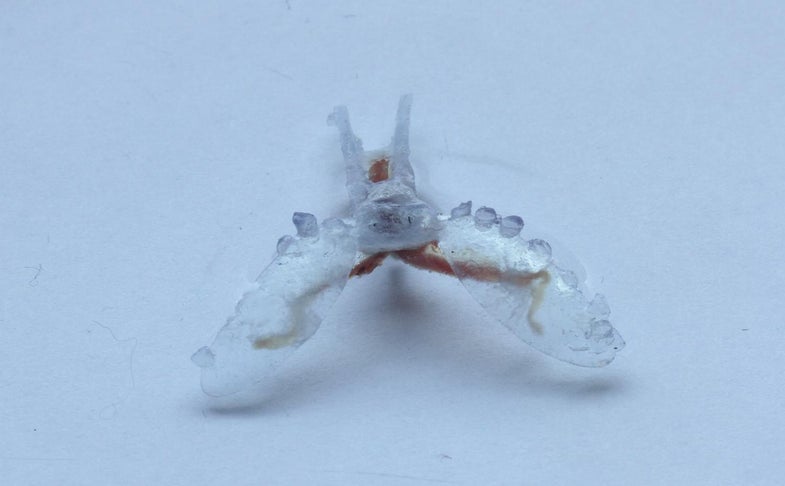 The cyborg’s leg is a sea slug’s mouth. The robot, built from printed parts and organic material, moves on land like a sea turtle. There is no feeling to the partially organic machine. An external electrical field provides stimulation, and the robot moves. Created by researchers at Case Western Reserve University, the robot is a pioneer of sorts, an early foray into a kind of biomechanical creature, hopefully one with a longer functional lifespan than purely electric machines.

The slug mouth muscle comes from a California sea slug, Aplysia californica, and was put into a 3D-printed body. Sea slug muscles can apparently handle changes in environment better than many other muscles, which is a good baseline to start designing robots around. Right now, the robots can only move one direction when stimulated. In future versions, the researchers hope to incorporate more nerves, so they can make the robots move forward and backward.

Ultimately, the goal is for cheap, entirely organic robots than can be deployed to look for something underwater. (We saw something similar with this rat-muscle-powered artificial stingray). If these all organic robots are lost, the worst consequence, says Case Western, is that they’ll just biodegrade or be eaten.

Which, given how they start cyborg life as brainless flesh, isn’t the worst outcome.