Because long-term spaceflight has known and unknown risks 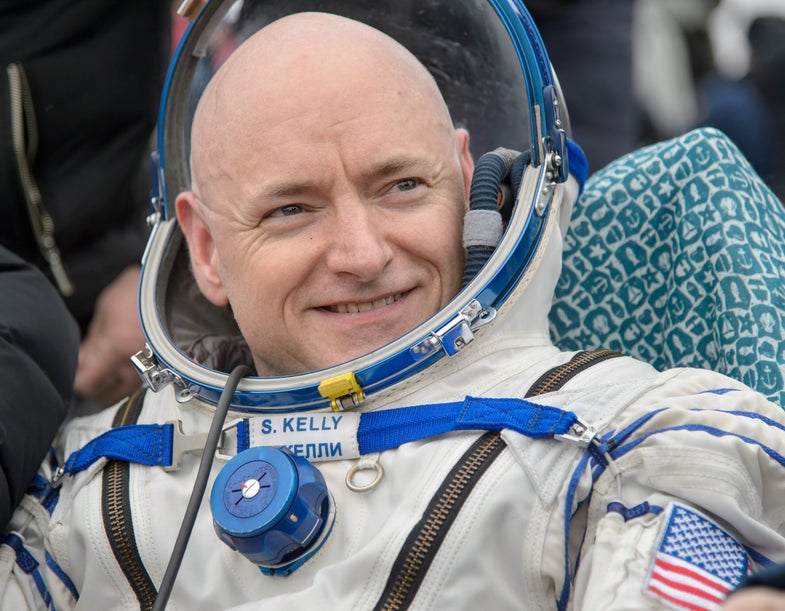 Space is a vast unknown. NASA wants to send astronauts on a journey to Mars that would last at least 18 months, yet humans have so far never spent more than a week or so outside cozy low Earth orbit. What risks will those first Mars explorers face?

To help us find out, astronaut Scott Kelly spent a year in space getting bombarded by radiation, letting microgravity weaken his bones and muscles and immune system. NASA is comparing his test results with those of his twin brother, Mark, who remained on Earth, to learn what effects long-term spaceflight might have on the human body.

It’s because of those known and unknown risks that Scott Kelly, two current astronauts, and a medical ethicist told a Congressional committee yesterday that the U.S. government has an ethical obligation to provide lifetime medical care to NASA astronauts who fly into space.

As a SpacePolicyOnline article notes, unlike military personnel, not all former astronauts are covered by a government health plan. The agency has a voluntary lifetime surveillance program for astronaut health, which only about 60 percent of astronauts participate in, and it doesn’t help with treatment.

Astronaut Michael Lopez-Alegria, who held the U.S. record for longest continuous spaceflight before Scott Kelly, suffers from eyesight changes associated with microgravity–a problem that was only discovered in recent years. Kelly suffered from a skin rash, swollen legs, and flu-like symptoms after returning to Earth.

Legislation is being drafted to allow NASA to evaluate, diagnose, and treat conditions that former astronauts may develop. In total, coverage for all former astronauts and their families is estimated to cost the agency a few million dollars per year.

Go to SpacePolicyOnline for the full story.