Forgot Father's Day? It's gonna take a heck of a gesture to win him back 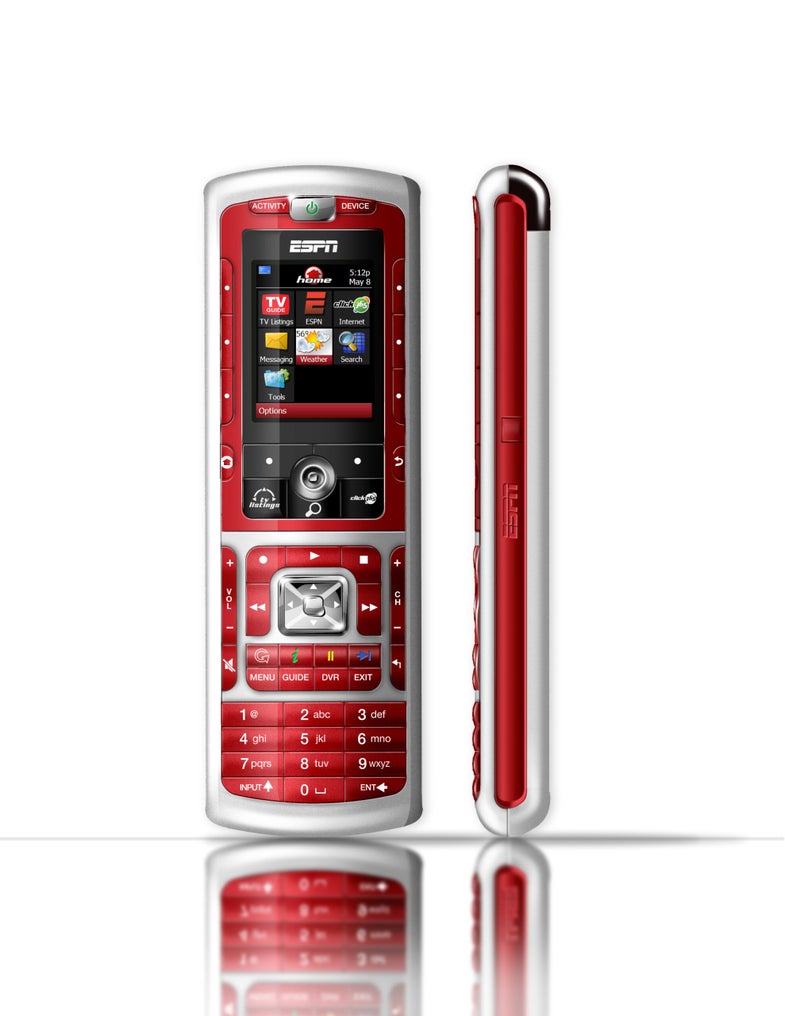 For 18 years you fought a nightly crusade for control of the television. Like a samurai with his sword, your father protected his remote during dinner, while seated on his porcelain pedestal and while snoring loud enough to wake the dead. An air horn wouldn’t rouse him, but a mere footstep towards the volume setting was perceived as a sign of aggression. Yep, Dad’s a pretty special guy. Yet you, like so many other sons across this great land, forgot about Father’s Day. And forgiveness comes at a cost. So what better sign of devotion than to purchase your pop that which you so brilliantly battled for throughout your childhood—a remote.

Not just any remote, mind you. No, your father deserves more: the ultimate remote branded with four letters that mean so much to men and their television rituals: E – S – P – N. Yes, for a mere $299 you can purchase you father the ESPN Ultimate Remote (currently only available on Amazon.com).

The remote powers up with the familiar ditty that all SportsCenter enthusiasts sing to their children as a lullaby and is easily programmed to control the cable box, DVD player and TV with just a few clicks (and not a single curse word). Capable of controlling a plethora of devices at one time, Dad could literally carry the remote from room to room and from couch to bed and continually display his dominance.

A Wi-Fi connection unleashes the additional features that just might bring a tear to Dad’s for the first time since the finale of Cheers. An interactive TV guide is automatically downloaded and viewable on the 2.2″ color LCD screen. One click provides a list of the current programming on the 106 ESPN networks. Through the click365 portal the Wi-Fi connection also provides slimmed down Internet capability with one-click connections to ESPN (big surprise), the weather, news, Amazon and Facebook (guessing dad will pass on the latter). Fantasy gurus can track their stats in real time and actually send text messages to other remotes, phones or email address to ridicule a friend for trading John Franco back in week 28 of 1992.

The remote is the size of a small tank, ensuring that it’s physically incapable of slipping through the crack in the couch. The Wi-Fi capability is a power drain, though, and needs to be charged nightly in an included dock. The remote will go to ‘sleep’ mode after a period of inactivity but will return to attention based on a motion sensor housed inside. Manufacturer tvCompass promises enhanced capability in the upcoming months that will be automatically pushed through and require no usage fees or monthly charges.

Skeptics will say the remote provides nothing you can’t access through your regular TV and a laptop sitting on your coffee table. While true, such an attitude ignores man’s need to see just how much technology can be crammed into a single gadget. All this capability can be tapped into with our left hand leaving the right to reach for Cheetos and beer. And while our music players and cellphone are well equipped to launch a nuclear attack, the electronic industry has all but forgotten man’s original gadget.

So to ESPN and tvCompass, we say thank you. Thank you for reminding us just how much remotes mean to fathers and sons everywhere.