Slap happy Selig plans to implement an instant replay system within the month. Why it will fail and how he could fix it 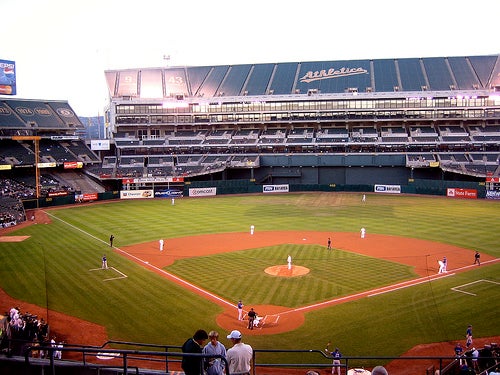 A memo sent from Major League Baseball’s Umpires Union to its members last week suggests instant replay will be implemented by August 1st. In typical MLB fashion, the proposed plan is a decade late, ignores the potential provided by modern technology and will likely create more questions than answers. In the words of Yogi Berra, “This is like déjà vu all over again.” (see: steroid debacle).

But fear not Red Sox Nation and Marlin fan! We’ve concocted an ingenious plan that will save baseball from its masochistic ways. Before PopSci rescues America’s Pastime, it’s important to detail the current plan so we might strip it naked and expose the deficiencies.

To start with, any attempt to implement by August 1, though seemingly noble and proactive, is in truth both naïve and shortsighted. If baseball had listened to its GMs, who voted 25-5 in November in favor of replay, they could’ve designed a system in the off season, tested it in the meaningless preseason and had the entire never-ending regular season to ensure there wasn’t an October surprise. Instead they’ll implement an untested formula and pray the Emergency Broadcast System doesn’t screw it all up.

The second elementary mistake is limiting reviews to home runs. Once you concede that television has better eyesight than your umpires, ignoring a blown call at the plate is that much more egregious. Tennis doesn’t just review first serves. Football looks at more than touchdowns. And soccer, well Americans hate soccer, so lets not take any cues from them. Commissioner Bud Selig will likely sob about retaining the purity of the game and babble about the sanctity of human error. Give it up Bud. It’s over. The first time your umpire hits rewind he’s completely soiled the innocence of subjective simplicity in exchange for the sophistication of getting it right. Pandora’s box is open, and fans and players alike know exactly what’s inside.

Now, nobody likes a crying baby who won’t say if he’s hungry or needs his diaper changed. So below we’ve provided Selig and his gang a pitch-by-pitch breakdown of a fair system that might just rival the excitement of the seventh inning stretch.

All reviews should occur on the field by the home plate umpire a là the NFL. The home plate ump can check a TV in the dugout and communicate with video staff to check all the pertinent angles. Forcing a public mea culpa from an umpire will provide every former little leaguer a hint of retribution and redemption.

Implement an automatic replay for each and every home run. In the time that Manny Ramirez gazes fondly at his work, moonwalks around the bases, and completes a six-step handshake with the batboy, someone in the War Room can double check. If it’s close, the home plate ump should be notified via pager to take a look at the video. Maybe, just maybe, if Manny knows they could reverse the call, he’ll actually sprint to first.

Furthermore, MLB ought to execute a challenge-based review where teams can contest any call other than a home run. We’re going to exclude strikes and balls because we just don’t trust ESPN’s k-zone enough to use it. Foul tips, foul balls, diving catches, plays at the plate and even balks are fair game for the manager of either team. Before you write some irate comment about how this will lengthen a four-hour marathon, keep reading.

Provide each team manager an unlimited amount of challenges. Instead of throwing a red flag on the field as in the NFL, I’m thinking tossing a dip can should suffice.

Each incorrect challenge results in a ‘strike’ against the next player at bat for the challenging team (as in three strikes you’re out). I know this seems tough, but stay with me here. To further dissuade a manager from excessive challenges, each ensuing incorrect challenge results in an additional strike—i.e. two strikes for second, an automatic out for the third. For those who think this is nuts, remember that football coaches sacrifice one of their three timeouts when they challenge incorrectly.

Change the name of the “War Room”. Seriously guys?

Empowering the managers might somewhat justify their illogical need to strap on cleats and sport a size 44 uniform (do they also wear a cup?). The cost of an incorrect challenge should keep the added time to a minimum. Erasing the need for managers to kick dirt on umps in a hopeless, though entertaining, attempt to overturn a call should offset any time added by the review process.

Technology like the Hawk-Eye system used in tennis should be implemented into the framework once deemed accurate enough. Some engineer flunking out of Brown should also develop an audio-based system that determines whether a player’s foot slams into first base before or after the ball slaps the first baseman’s glove. With the floodgates opened, more technology will follow and baseball will be the better for it.

So, Mr. Selig we’re begging you to look both ways before crossing the street, finish your homework before you go out and play and don’t be afraid to ask directions. Because, in the words of Yogi Berra, “You’ve got to be very careful if you don’t know where you’re going or you might not get there.”