The Dangers of Flip-Flops

Could baring your sole be destroying your feet? 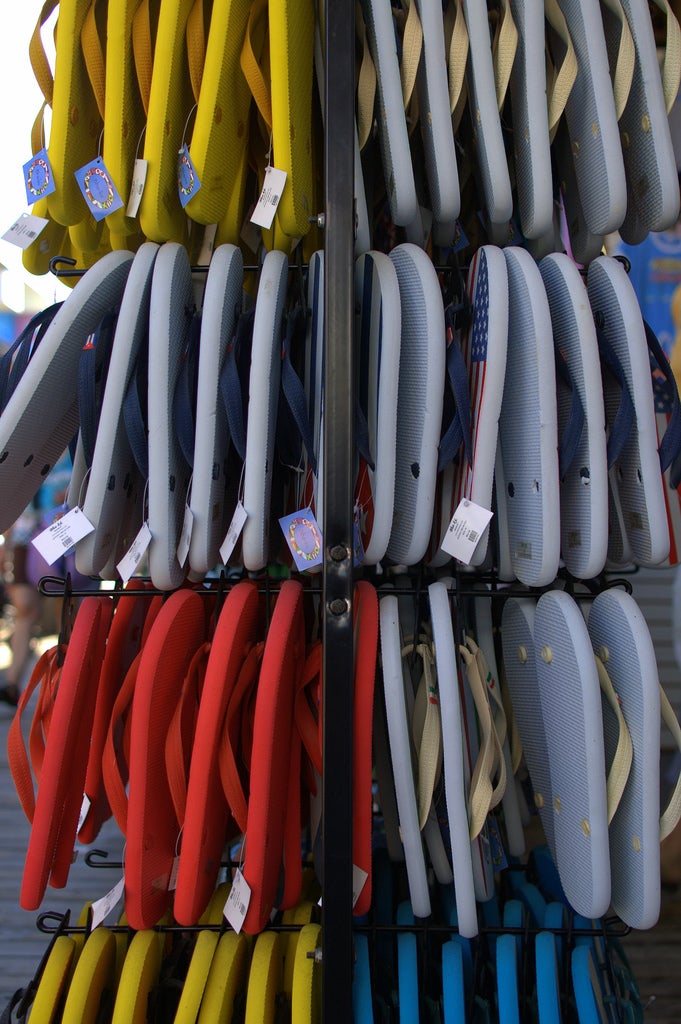 For non-metrosexual men, they’re one of three pairs of shoes on the closet floor. Between the dusty brown loafers and Adidas cross-trainers lies a pair of flip-flops. In Providence they’re worn four months a year, in Florida everyday after work and in California—from birth. Flops are an extension of man’s feet, but could the pleasure of air running through ones toes be outweighed by long term complications?

Research conducted at Auburn University suggests the sandals significantly change the gait of their wearer. The data, presented last month at the American College of Sports Medicine Conference in Indianapolis, showed that while wearing flops subjects had a shorter stride, exerted less downward force, and didn’t lift their feet as high as when wearing athletic shoes. The study analyzed 39 men and women using a force plate and video analysis. Lead researcher Justin Shroyer suggests the changes are in part due to using toe muscles to retain the shoe and worsened by the lessened cushion provided by the flops. Shroyer believes it’s still safe to wear flops but cautions that they should only be worn for short stints or on white sandy beaches.

Both men and women are likely familiar with flip-flop pain. A solid walk in flops through Boston Garden after a six-month winter in boots will either require a foot massage or time in a hot tub. Shroyer’s research offers plausible explanations for the source of such pain. However, after 196 consecutive days in flops, most men could run a marathon in their favorite pair of Rainbows in under three hours. So is it wearing flops, or taking a break from flops, that leaves one writhing? As a native Floridian and current Californian, I’ll pray for the latter.