The Celtics Will Win

Or will they? It all depends how much faith you put into a flawed stat tool 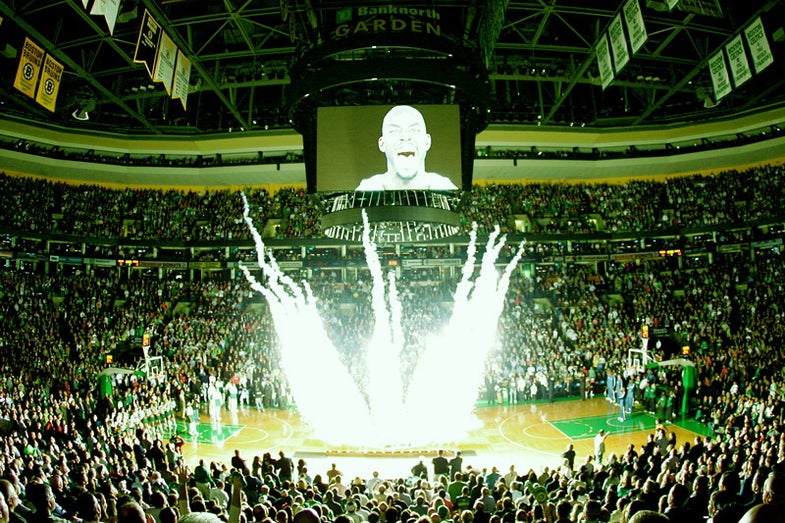 Forget last night. According to the statheads the Celtics have this thing wrapped up despite losing game three of the NBA finals yesterday to the Lakers. Lenovo Stat tool uses a plus-minus algorithm to calculate the best individual players and combination of players. In the first three rounds of the playoffs, the best five-player Celtic combo (Garnett, Allen, Pierce, Perkins, Rondo) has a +79 rating while the Lakers’ best five (Bryant, Gasol, Odom, Fisher, Radmanovic) only muster a +66 value The system essentially looks at the point differential for each player and each combination of players while on the court. Over-analysis or Moneyball II?

Well, it depends how deep you look. The impressive (and slightly addictive) searchable interface lets armchair GMs search the best two- to five-player combos by team, season or league from 2005 through this year’s playoffs. In the 2008 playoffs, the +79 for the Celtics and +66 for the Lakers are the highest ratings for any five-player combination suggesting the math adds up. The regular season shows the same Celtic combo had by far the highest rating (+396). But past this, the logic turns fuzzy. The second place combo was the Hornets while the best Lakers combo only came in sixth place. The Warriors, who didn’t even make the playoffs, had the third best combination.

Even more noticeably, searching by individual breaks the fundamental law known as Kobe. According to Lenovo, Pierce and Garnett led the league during the regular season but Rajon Rondo took fourth place relegating Bryant (the MVP) to fifth. Whatever value lies in the data seems better suited for comparing intra-squad combos than performing inter-team analysis—that is, unless you’re a Celtics fan.