No response yet from Shaq or Kanye 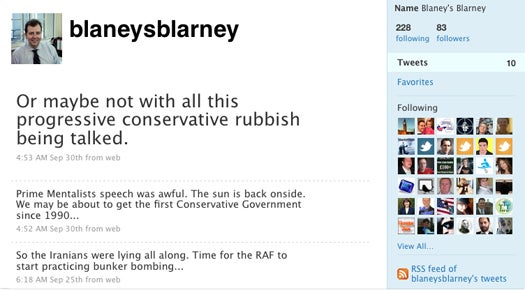 In what was no doubt the first ever 140-character legal document, the British High Court has served an anonymous web-pest an injunction via Twitter. This is the first time the microblogging service has been used to execute a court order.

The Court issued an injunction against an unknown Twitter member who used the name and likeness of a law firm owner (poor choice of victim) to spread conservative messages. The Court decided that the user had unlawfully impersonated the lawyer, one Donal Blaney, and that since the defendant was unknown, Twitter would be the best way to notify the criminal.

This case sets a profound precedent of how and when people can be served with legal documents. In the US, the law varies from state to state, with some states demanding that documents be hand-delivered by a process server, while others allow notification by mail. In the US, no one has thus far been served with any legal document through blogs or Twitter.