A Boat to Sail the Methane Lakes of Titan 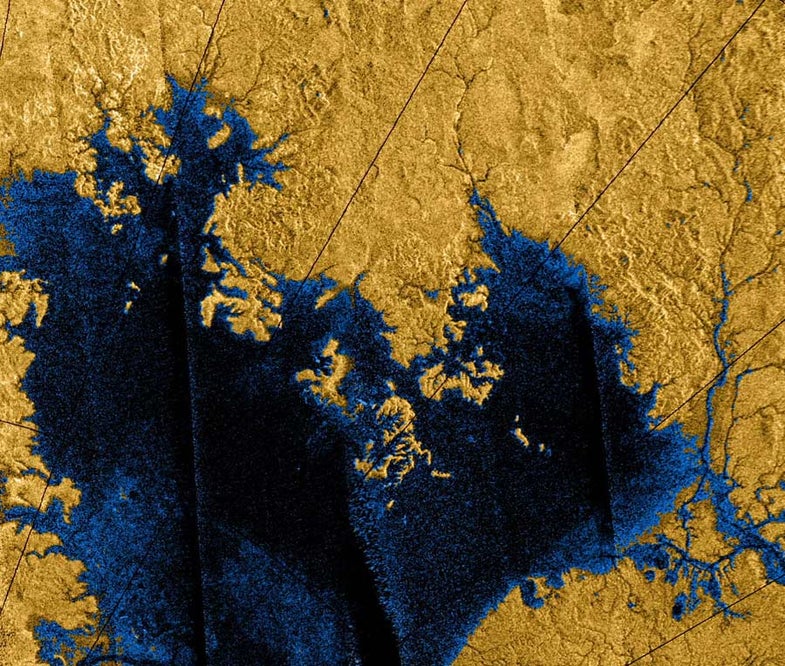 The idea of extraterrestrial boating comes from planetary geologist (and sailing enthusiast) Ellen Stofan, who points out that one of Saturn’s moons, Titan, is covered with lakes, and in fact is one of only two places in our solar system known to have surface liquid (the other being Earth, of course). So why not launch a floating probe? After all, to date all extraterrestrial endeavors have involved either flight or land navigation, so perhaps it’s time to switch it up a little.

Titan’s lakes, by the way, aren’t your usual bodies of water — instead, they’re filled with liquid methane and ethane. Whereas we earthlings are used to seeing methane as a gas, anyone on Titan will tell you that their planet’s low temperatures (around -290 degrees Fahrenheit) allow methane to exist only in fluid form. And interestingly, Titan’s methane is a lot like water: it forms clouds in the atmosphere and falls in showers of raindrops, occasionally producing storms.

Stofan and colleagues are currently putting together a proposal to submit to NASA for funding, under the Discovery-class missions category, which covers relatively inexpensive projects. She says the boat would be shaped like a capsule, powered by a small nuclear engine, and though there would be no sail, it would have a mast to hold a camera. (Just imagine the potential cool photos!) Of all the lakes on Titan’s surface, the target one would either be Ligeia Mare or Kraken Mare, both of which are comparable in size to the Great Lakes.

If NASA does in fact grant the funding, Stofan says they could launch the floating probe as soon as 2022. This gives Andy Samberg & co. a good decade to come up with a Titan spinoff of “I’m On a Boat.”