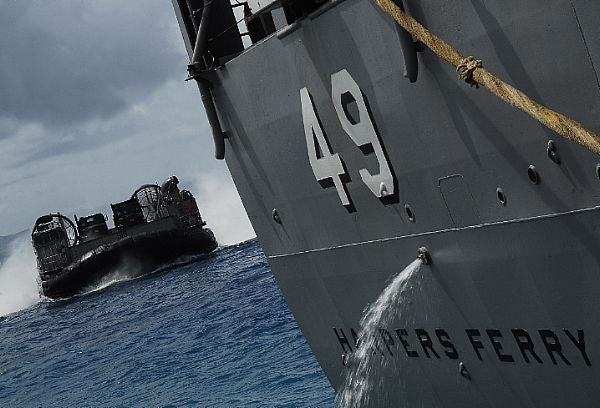 Slime ships ahoy! A vessel that oozes a continual slick layer of slime from its hull could shed barnacles and other marine life forms, and possibly cut its fuel consumption by up to 20 percent.

Such a novel idea tackles the problem of removing marine plants, barnacles and tube worms from ship hulls every year, lest the buildup cut into both speed and fuel efficiency. The fuel savings in particular may look especially tempting for the U.S. Department of Defense, which has backed the project and previously invested in hull-cleaning bots.

The concept takes inspiration from the long-finned pilot whale’s self-cleaning skin. Rahul Ganguli of Teledyne Scientific envisions a ship’s outer layer covered in metal mesh, and a regular pattern of holes beneath that exude a biosafe chemical which becomes viscous when mixed with seawater. That would create a slimy skin on top of the mesh that continually gets replaced.

Ganguli and colleagues tested the idea with a chemical mix that has seen use on oil rigs, and witnessed a 100-fold reduction in the bacterial species that form the foundation for greater fouling marine organisms. They also showed that they could control how quickly such skin sloughs off.

The technology could mean huge savings for commercial fleets and navies alike. The U.S. Office of Naval Research estimates that such biofilm buildup on Navy ships translates into $500 million annually in extra maintenance and fuel costs.

Who knows, maybe ships could even convert the slimy stuff into an anti-boarding defense against pirates.