When a strain of antibiotic-resistant bacteria begins an assault on the human body, doctors usually have few tools to fall... 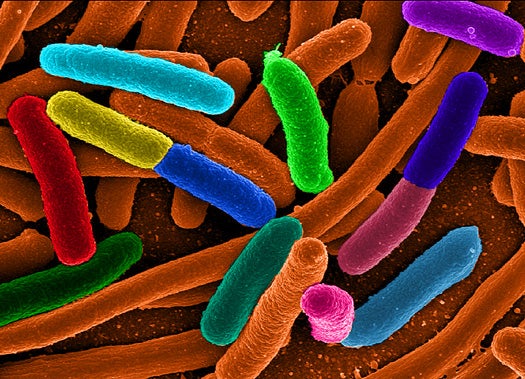 When a strain of antibiotic-resistant bacteria begins an assault on the human body, doctors usually have few tools to fall back on, save more antibiotics and crossed fingers. But a group of researchers is developing a new weapon in the fight against potentially threatening bacteria, taking a page from DARPA’s playbook. Rather than attacking the bacteria directly, researchers are disrupting their communications, causing coordinated attacks to fall apart before they’ve begun.

In the case of infection, bacteria often rely on a chemical language known as “quorum sensing” that helps individual bacteria determine the number of brethren it has in the immediate vicinity. Each bacterium secretes a particular molecule into the environment that other bacteria can sense, providing a sort of bacterial sound-off. Often, this is a battle cry; if enough allies are present the attack is given the green light and infection begins.

Like a filibustering senator, researchers are trying to stop bacteria from reaching that quorum, disrupting their communications before the signal to act can be given. Dr. Bonnie Bassler, a microbial geneticist at Princeton, was the first to identify the molecule that bacteria use to communicate with members of other species, and with the help of other researchers is looking into a new class of drugs that would be the medical equivalent of communication warfare.

Several labs are working on similar approaches to fighting bacterial infection, but Bassler and company have isolated a compound from a group of 35,000 possible chemicals that successfully jammed bacterial communications in worms dying from a relative of E. coli and salmonella. The worms survived while suffering no discernable ill effects. The group hopes to move onto testing in mice and tweak the drug to be even more effective before moving on to human tests, which are still years away.

But though a marketable drug is a ways off, the breakthrough is significant. Many antibiotic drugs are susceptible to antibiotic resistance. Though the drugs kill most bacteria in a sample, the strongest survive and pass their resistant genes on to the next generation, creating a future generation that is not susceptible to the same drugs. This keeps drug makers perpetually behind the eight ball as they try to keep up with evolving bacterial strains. Since no bacteria are killed in the by the communications scrambling drugs, the problem of resistance is removed, or at least severely slowed. As such, running signal interference could very well help doctors gain the upper hand against a variety of common life-threatening bacteria like pneumonia, cholera and septicemia.