Japan Wants to Power 300,000 Homes With Wireless Energy From Space

Japan has serious plans to send a solar-panel-equipped satellite into space that could wirelessly beam a gigawatt-strong stream of power... 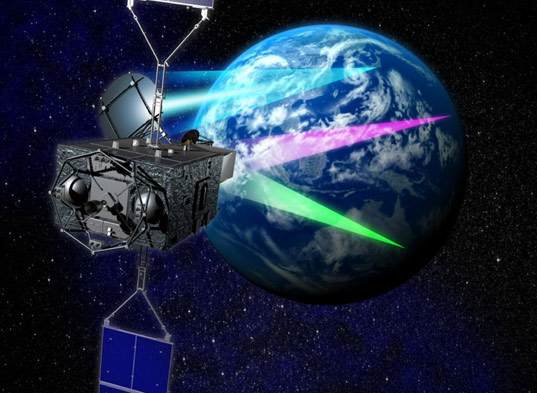 Japan has serious plans to send a solar-panel-equipped satellite into space that could wirelessly beam a gigawatt-strong stream of power down to earth and power nearly 300,000 homes.

The satellite will have a surface area of four square kilometers, and transmit power via microwave to a base station on Earth. Putting solar panels in space bypasses many of the difficulties of installing them on Earth: in orbit, there are no cloudy days, very few zoning laws, and the cold ambient temperature is ideal.

A small test model is scheduled for launch in 2015. To iron out all the kinks and get a fully functional system set up is estimated to take three decades. A major kink, presumably, is coping with the possible dangers when a 1-gigawatt microwave beam aimed at a small spot on Earth misses its target.

The $21 billion project just received major backing from Mitsubishi and designer IHI (in addition to research teams from 14 other countries).

[via Bloomberg via Inhabitat]