Violins made by the Italian master craftsman Antonio Stradivarius are worth millions of dollars for their unparalleled sound. And that’s... 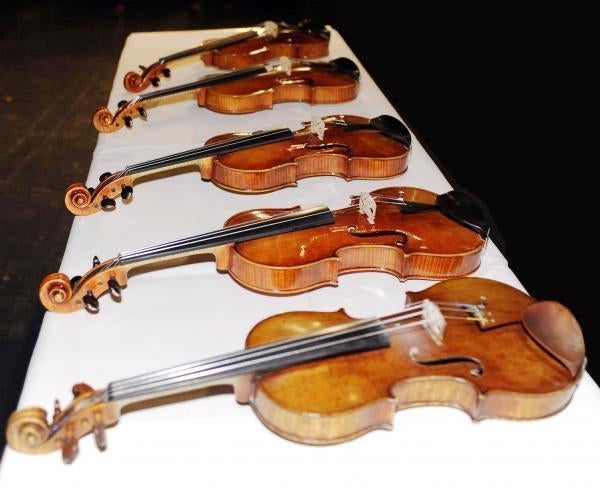 Violins made by the Italian master craftsman Antonio Stradivarius are worth millions of dollars for their unparalleled sound. And that’s great, for the handful of musicians who can afford these centuries-old instruments. This month, a new violin made from wood treated with a fungus actually trumped a Stradivarius in a blind listening test, offering hope for violinists who want high tonal quality at an affordable price.

The test was conducted at the 27th “Osnabrücker Baumpflegetagen,” one of Germany’s most important annual conferences focusing on all aspects of forest husbandry. It featured acclaimed British violinist Matthew Trussler, playing his own Stradivarius, a $2 million instrument, as well as four other violins made by Michael Rhonheimer, a Swiss violin maker. Two of these new violins were made from wood that had been treated with a specially selected fungus by Francis Schwarze, a scientist at Empa, the Swiss Federal Laboratories for Materials Testing and Research.

A jury of experts, as well as the conference attendees, judged the tone quality of the violins, and the ultimate winner was “Opus 58” — one of the fungus-infected violins. 90 of the 180 attendees voted for it, with the Stradivarius coming in second with 39 votes. 113 members guessed that “Opus 58” was actually the Strad.

The wood in “Opus 58” was treated with a fungus for the longest time: 9 months. Fungal infections are generally thought to damage wood, but results published by Francis Schwarze last year suggested that some types of soft rot fungi reduced the density of the wood, making it lighter and improving its tonal quality, without impairing its firmness. Fungi may thus help artificially replicate the unusually low density of wood that is thought to have occurred in Stradivarius’ time. The “Little Ice Age” that occurred at this time brought about long winters and cool summers in Central Europe, causing trees to grow slowly and uniformly and creating wood with great tonal qualities.

Of course, blind listening tests are extremely subjective — a BBC test conducted in 1974 saw experts identify a modern instrument as a Stradivarius, and fail to identify 2 of 4 instruments played. But wood is the most important factor in determining how a violin sounds, and future fungal violins may provide aspiring musicians with a million-dollar sound at a reasonable price.