A team of former rivals has officially won the competition to improve Netflix movie recommendations. The collaborative known as BellKor’s... 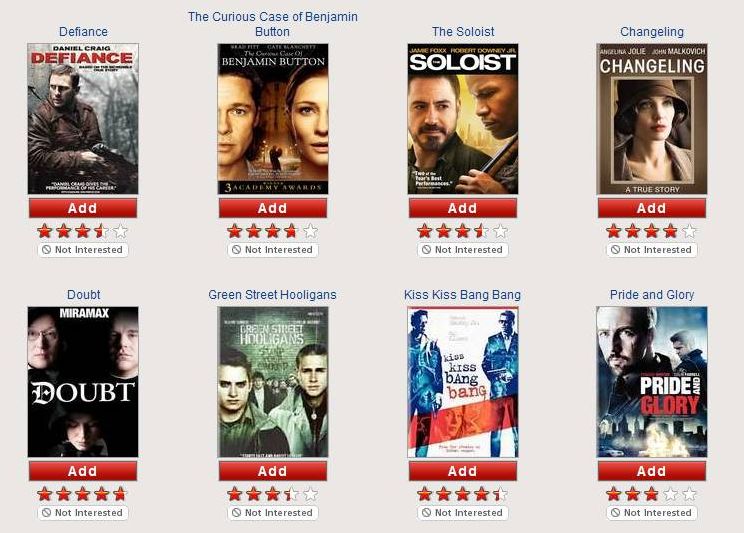 A team of former rivals has officially won the competition to improve Netflix movie recommendations. The collaborative known as BellKor’s Pragmatic Chaos took home a $1-million prize today for their winning submission from July 26, which beat out yet another rival team’s matching submission by just 20 minutes.

The winning set of algorithms represents an improvement of just over 10 percent over Netflix’s Cinematch system at the start of the contest in 2006. But that 10.06 percent bump translates into twice as much customer satisfaction with movie recommendations, according to Netflix. The world’s largest online movie rental service awarded the prize check at a ceremony held today at the Four Seasons hotel in New York City.

BellKor’s Pragmatic Chaos focused on two modeling approaches that could better predict customer interest in new movies. The neighborhood model draws on past Netflix user ratings and purchase history, and the latent factor model examines unobserved features such as violent content or level of comedic content.

The winning formula ended up as a combination of hundreds of algorithms. A few of the algorithms have already been implemented and led to a 6-7 percent bump in recommendation quality. The 10 percent goal for the Prize proved difficult; progress for all teams slowed drastically after the 8 percent mark, which is what prompted some rivals to begin reaching out to form strategic partnerships.

Members of the Netflix champ team include scientists from AT&T Labs-Research called BellKor who won two previous progress prizes for the Netflix competition and hit the 9.44 percent benchmark last year. They joined with Austrian team Big Chaos to claim one of the progress prizes, and more recently added Canadian team Pragmatic Theory to form the power collective that finally won the competition.

This solution, however, is only designed to improve recommendations for people who regularly log in and rate their rentals. Though more apathetic or newly interested parties need not sit idle for long: Netflix has already issued its next challenge for Netflix Prize 2, asking competitors to improve movie recommendations for users who don’t regularly rate their rentals.

There’s no set percentage goal, but researchers will have to look to demographics, rental history, and movie queues instead of ratings to gauge those ever-nebulous customer desires. Grand prizes of $500,000 each will go to the best solution in 6 months, and then also to the best overall solution in 18 months.

Sounds like a win-win for customers and research. We’ll see if the sequel to the Netflix Prize attracts similar interest among the 41,305 teams from 186 countries that participated in round one.