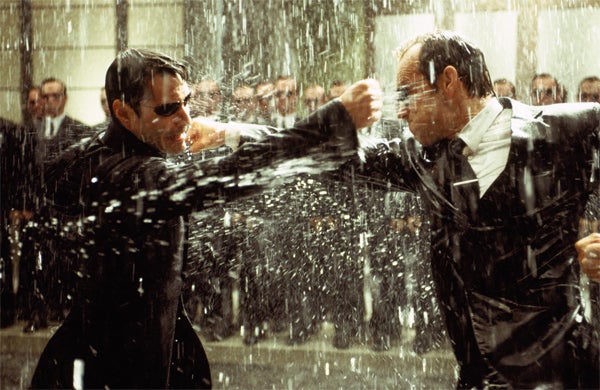 No less than the open freedom of the Internet is at stake in the war over net neutrality. Now FCC chairman Julius Genachowski has waded into the fray with two new proposals and a clear message: an open and nondiscriminatory Internet is a must for the future.

That stance emerged today in Genachowski’s address at the Brookings Institute in Washington. He laid out problems such as the limited competition among ISPs, the economic incentives for ISPs to sell bundled phone and TV service with Internet, and the burden of growing Internet traffic that puts pressure back on ISPs.

But the FCC chairman also sought to address ongoing problems where ISPs degrade or clamp down on certain popular services that use heavy bandwidth to stream or share videos, music and other files. The standout example of this comes from Comcast trying to throttle the peer-to-peer file-sharing protocol BitTorrent in 2008.

Such practices have also prompted worries that ISPs will favor certain Internet content or applications over others, and thereby could choke off business competition and innovation. The FCC’s latest response comes in the form of two proposed principles: nondiscrimination and transparency. Those would joint the agency’s prior “four freedoms” of the Internet that embody consumer protection rules.

Nondiscrimination would ensure that ISPs can’t block or even degrade “lawful traffic” to particular Internet content or applications. Lawful traffic would presumably exclude illegal or pirated content, yet many netizens use peer-to-peer services or websites to share both legal and illegal content. But that gray area did not prevent the FCC from ruling against Comcast in favor of BitTorrent.

Second, transparency would require ISPs to inform paying subscribers about how they manage their network traffic, in the interest of fully informing customers about the services they buy.

The new FCC proposals may come with added teeth, if Genachowski gets his way, according to Ars Technica. Comcast previously questioned the FCC’s authority to enforce its “four freedoms” of the Internet, and so the FCC Chairman wants to make those and his new proposals into official agency rules.

The Wall Street Journal looked at the range of fairly predictable reactions to the FCC’s announcement. Consumer groups and Internet companies such as Amazon and Google hailed the decision, even as the large ISPs such as Comcast and AT&T made unhappy noises about government regulation.

Regardless of battle lines appearing in the sand, the FCC chairman stressed that open Internet rules would prove a boon for both consumers and businesses alike.

“Some will seek to invoke innovation and investment as reasons not to adopt open Internet rules,” Genachowski said. “But history’s lesson is clear: Ensuring a robust and open Internet is the best thing we can do to promote investment and innovation.”