Los Angelenos have recently watched billowing clouds from a nearby wildfire hover overhead, in scenes reminiscent of “Volcano.” NASA’s Terra... 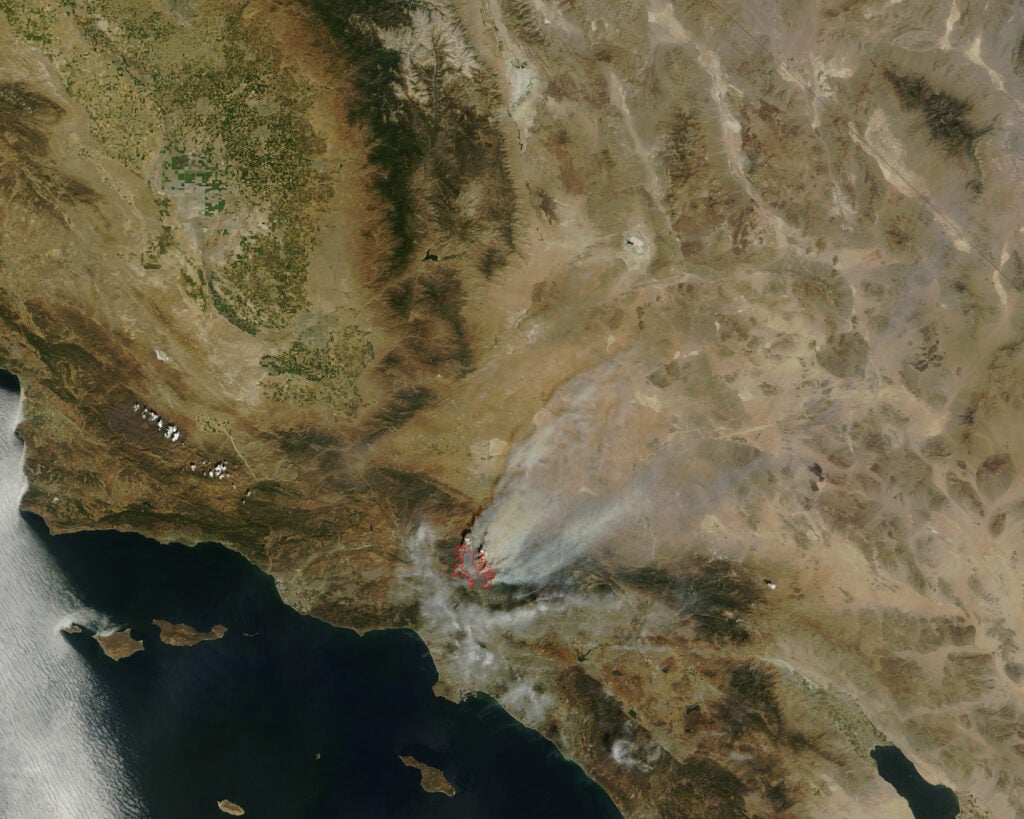 Los Angelenos have recently watched billowing clouds from a nearby wildfire hover overhead, in scenes reminiscent of “Volcano.” NASA’s Terra satellite took the opportunity to snap a photo of the smoke monster on the night of August 30. Red outlines in the photo indicate wildfire hotspots.

The AP reports that the “Station Fire” had burned almost 219 square miles by early Wednesday. Firefighters have managed to create a perimeter around 22 percent of the flames with bulldozers and controlled burns, as well as assistance from better weather. But that has come at the cost of two firefighters who died when their truck fell off a mountain road.

PopSci recently attended a demonstration of the Boeing 747-sized Evergreen Supertanker. Given the recent blazes in the Western U.S., firefighting crews may very well appreciate an airplane that can dump 20,500 gallons of water in 10 seconds.

For more on the smoke monster, check out this eerie time-lapse video of the clouds as seen from the ground.