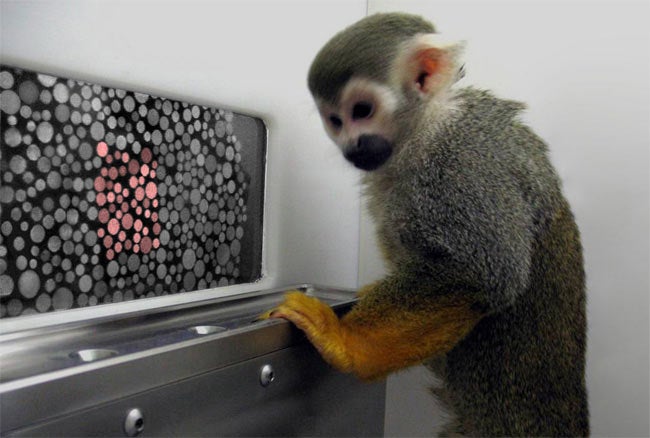 A few colorblind squirrel monkeys in ophthalmology professor Jay Neitz’s lab at the University of Washington, Seattle have received an early Christmas gift: gene therapy has restored their ability to see red and green. Neitz and his colleagues say that the achievement provides hope for treating vision disorders in human adults as well.

Sons who receive the mutant X chromosome become colorblind and can only see shades of gray among reds and greens.

Almost 10 million men have red-green colorblindness in the United States, but the condition afflicts all male squirrel monkeys from birth. That changed for two squirrel monkeys when researchers injected viruses containing the missing L-optin gene into the monkeys’ eyes.

The Scientist reports that neuroscientists uninvolved with the latest Nature study have praised the experiment as “pioneering” and “proof of principle,” although they also caution that application to humans remains at least a decade away. Hopefully human treatment need not involve 19 weeks worth of eye injections by then.