Human operators could use gestures to direct clouds of robot drones 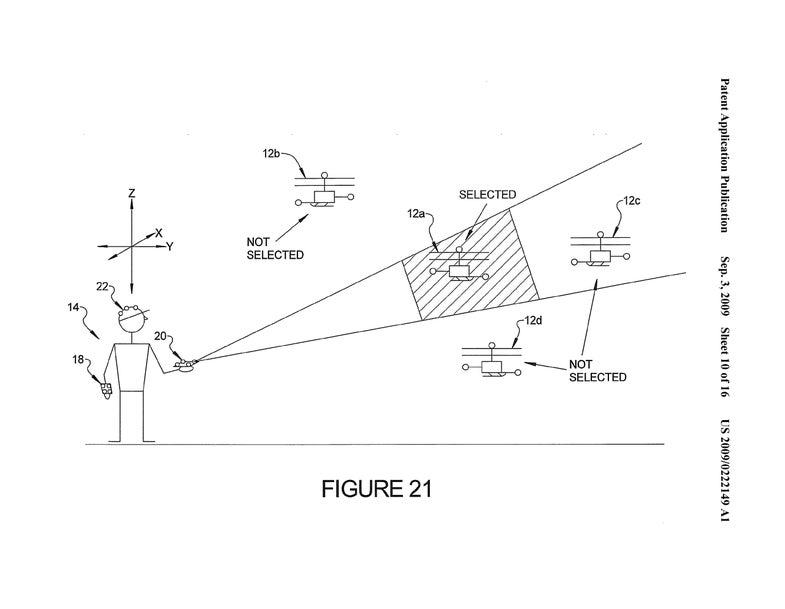 Robot swarms could someday hover, spin, and attack in response to a simple gesture or graceful pirouette from a human operator. And yes, Boeing has filed a patent on that future vision.

Boeing goes further by laying claim to specific body motions for specific commands. A nod of the human operator’s head could select one robot out of the flying unmanned swarm. A circular hand motion along a certain plane could order another robot to begin moving from a stationary position. An operator might even select a certain group of drones with a pointing motion that defines a “three-dimensional conical area.”

The patent filed early this month also includes reflective markers, a motion capture system, and a wireless transmission system for human-to-drone commands. That points to a future where warfighters and civilians can interact more naturally with their friendly neighborhood swarm.

We at PopSci can readily imagine some entertainment spin-offs from such technology as well, given the popularity of motion-control technology with the current generation of video game consoles. Microsoft’s upcoming Project Natal promises a full-body motion controller experience for Xbox 360 games, and Sony has gone a step farther by filing a patent on emotion-controlled gaming.

Could even a Gamer-style future with battle bots remain far behind such developments? We sure hope not, because ascribing any sort of predictive power to that movie seems too terrible (and aesthetically wrong) to contemplate.