hlp my hous on fir sav me 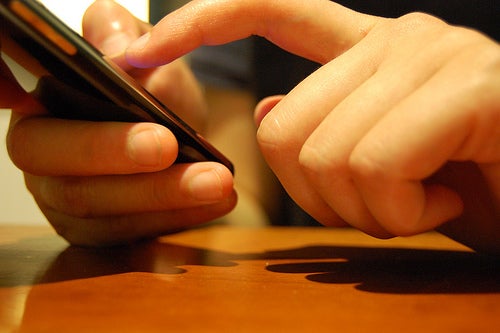 This may come as a surprise to some (myself included), but despite the current ubiquity of texting, there’s still at least one place that won’t accept your texts: your local 911 center. Unless you live in Black Hawk County in Waterloo, Iowa, that is. Starting this week, the county’s emergency call center will be the first 911 center in the country to accept text messages sent to 911 in lieu of a phone call.

According to Black Hawk County police chief Thomas Jennings, the upgrade will first and foremost benefit the deaf and hard-of-hearing, but it could also be of help to kidnap victims who can’t afford to draw their captor’s attention by calling. Beyond that, I can imagine 911 texting coming in handy in particularly loud locations, or where the signal is weak. But regardless of how vital (or not) this ends up being, it certainly never hurts to have more options in an emergency.

For now, unless you live in Black Hawk County and subscribe to local carrier I wireless, don’t expect your 911 text to secure you any emergency assistance (you’ll just get a return text instructing you to dial the number instead). Still, the company that set up the upgrade, Intrado, is already in talks with other carriers, suggesting that it shouldn’t be long before other call centers follow suit, making the technology available nationwide.

From there, the next step will be to make it possible to send photos and video to call centers. And at some point down the line, call centers will also need to be equipped with a way to identify location from the texts, since at the moment, the operator has to text back and ask for the city or ZIP code. When it’s a matter of life or death, you shouldn’t have to send more than one text, right?