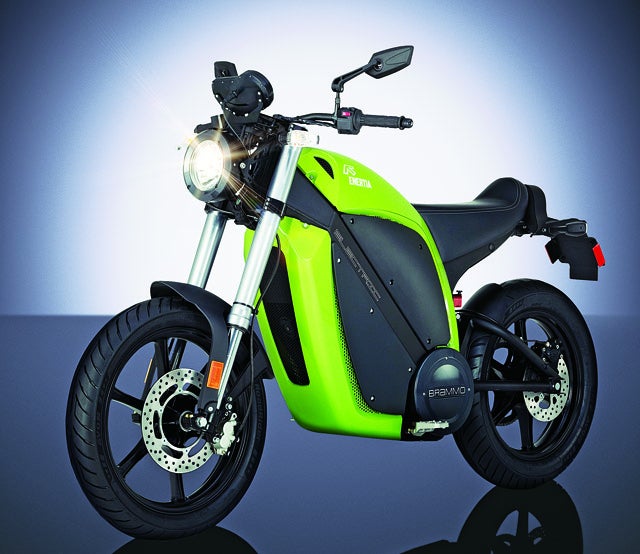 Harley riders might have a hard time getting used to the first street-legal electric motorcycle to hit stores. It sounds more like a Prius than an exhaust-spewing hog—that is, silent. But the Brammo Enertia is meant for commuters, not Hell’s Angels. The same electronics that make it whisper-quiet also make it simpler for beginners to ride.

The motor and six 14-pound, lithium-ion batteries are distributed throughout the frame rather than placed in a single block as with a gas-powered engine. That helps keep the bike upright even when moving slowly, whereas other motorcycles need fast-spinning wheels to balance. The motor eliminates firing pistons, which create vibrations that can destabilize the rider, and the single speed means no complicated clutches.

With a top speed of 55 mph and range of 45 miles per charge, the Enertia is plenty adequate for errands. And one signature of electric drive—fast acceleration from a full stop, thanks to the fact that electric motors deliver 100 percent of torque instantly—might even win over those Harley fans.