Training Machines to Detect the Smell Of Death

Researchers are now profiling the chemicals released from decaying bodies, in an effort to create a sensor that might be... 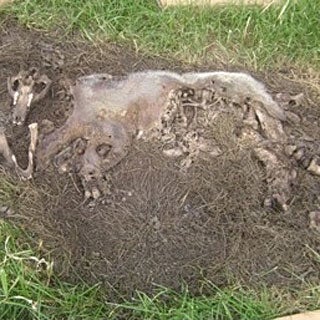 Researchers are now profiling the chemicals released from decaying bodies, in an effort to create a sensor that might be able to sniff out corpses in the rubble, or determine a dearly departed’s precise time of death.

Many death compounds have already been identified, and some studies have looked at several-day-old human corpses, but the timing of when each individual scent starts wafting up from the carnage has yet to be nailed down. So Penn State scientists have been killing research subjects so they can study them when they’re good and freshly dead. To be clear, these research subjects went “oink” when they were alive, liked to roll in mud, and, conveniently, they decompose at the same rate as we Homo sapiens do.

The team collected the chemicals using special fibers placed near the bodies, which they gathered every 6 to 12 hours for a week. They presented their preliminary results (they were able to detect precursors of known death chemicals early on) at a meeting of the American Chemical Society this week. Continuing studies of pigs under varying environmental conditions (Just imagine hot and muggy. On second thought, don’t.) should help fill out the odoriferous database of death.