Time to order extra black lights and sun glasses, because crime scene investigation just got a whole lot harder. A... 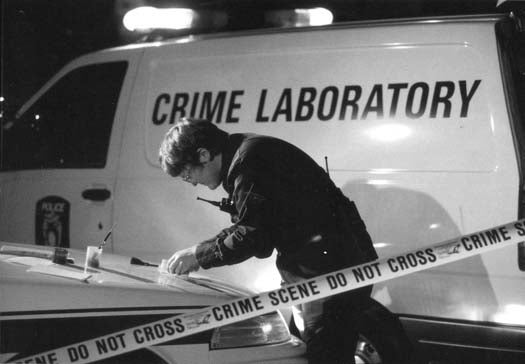 Time to order extra black lights and sun glasses, because crime scene investigation just got a whole lot harder. A group of Israeli scientists have proven that DNA evidence can be faked and even created, all without tissue samples.

In a paper in the journal Forensic Science International: Genetics, geneticist Dan Frumkin outlines how, using information in a genetic database, he recreated and amplified someone’s DNA, and mixed it with DNA-less red blood cells, and created fake blood that could contaminate a crime scene. Frumkin then sent the fake blood to a lab in the US for analysis. The American lab sequenced the sample, and did not figure out that the blood was fake.

Interestingly, Frumkin actually founded a company that hopes to sell a method for detecting fabricated DNA to crime labs. Fancy coincidence, that.

For everyone who didn’t play for the Buffalo Bills, DNA evidence has long been considered airtight proof in a courtroom. And while this new development does erode the credibility of some DNA evidence, it is also important to note that most criminals don’t have the tools or technical know how to forge DNA. That means this revelation isn’t going to overturn cases left and right, or even come into consideration in the vast majority of crimes.

But for the tech savvy criminal looking to pin a murder on a someone else, this technology may add a new wrinkle to the investigation.

A new way for criminals to alter or hide their DNA? Looks like crime…(puts on sunglasses)…just evolved. YEEEEEAAAAAHHHH!