In a stem-cell breakthrough, scientists have illuminated a new way forward in treating diseases of the eye: turning skin cells into eye cells 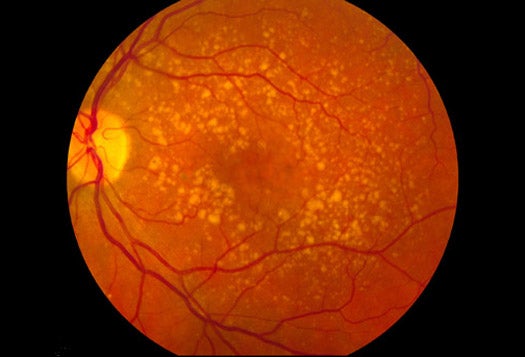 The retina is a lush layered field of tissue lining the back of the eye, a complex mix of specialized cells that serve as a transfer station where light signals are absorbed and sent to the brain to be translated into sight.

Researchers from University of Wisconsin, Madison have now created these unique retina cells from lowly skin cells — opening the possibility that patients with damaged or diseased retinas might some day be able to grow themselves a cure from their own skin.

First, scientists turned the skin cells into IPS cells (induced pluripotent stem cells), the skin-derived stem cells that have emerged as an alternative to embryonic stem cells. Bathed with a cocktail of chemicals, the IPS cells were then morphed into a variety of retinal cells, including the all-important photoreceptors that translate light signals into electrical signals for our brains to parse as vision.

The scientists report that it is exciting not only to be able to create multiple types of retinal cells, but also that the process appears quite similar to normal retinal development (except in a plastic dish). The group also created retinal cells with embryonic stem cells, but the skin cell method offers an advantage — patients with genetic diseases of the retina could use their skin to grow a crop of diseased retina cells, which could then be subjected to a variety of test treatments in the lab, hopefully hitting on something that works someday.

The cells might also serve as a treatment themselves, whether grown from IPS cells or embryonic stem cells. Previous studies have improved vision in mice by treating their retinas with stem cells, and this development might help extend that research to humans.

Though in a very early stage, the project is a strong step toward new treatments for an array of debilitating vision disorders.