Find Out How You’ll Die, In 4 Easy Online Steps

A new website lets you figure out how you might die, by sorting death data by cause of death, sex,... 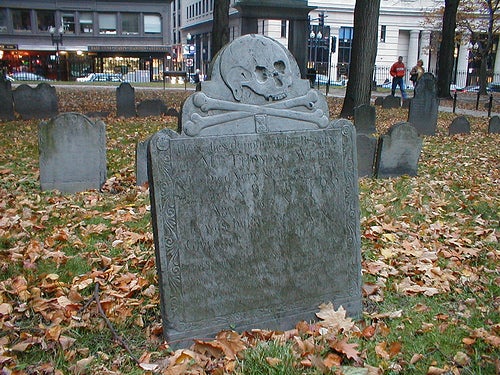 A new website lets you figure out how you might die, by sorting death data by cause of death, sex, and age. For American males ages 20-29, the most common cause of death is accidents (40.2 percent of deaths), followed by homicide (17.5 percent), and suicide (11.7 percent). Urinary tract infections? 0.3 percent.

The Death Risk Rankings site was compiled by researchers at Carnegie Mellon University, and seems to have about a zillion ways to organize the data. It’s quite cumbersome to use, so I’m going to save you the effort.

I generated tables for cause of death by age group and by sex. Here’s some of the highlights and a cheat sheet on how to find your own data.

For American females, ages 20-29, the most common cause of death is still accidents (32.3 percent), followed by cancer and homicide. Are women dying more from cancer than men? No. Looking at the the raw numbers, deaths from cancer are about the same between the ladies and the gents, but the women aren’t getting murdered or having deadly accidents to nearly the same extent.

The trends on my charts seem to make sense. Young people dying of accidents and murder; older people dying of cancer and heart attacks. But some of it is creepy, like knowing that if I were to die this year, there’s a 5.1percent chance it would be from an infection or parasite. Yeech.

PS: If you just want to know the date you’re most likely to die, just Google “when will I die.” A bunch of rough death calculators will run the stats on your age, sex, and a couple of health factors and spit out the engraving for your tombstone.

How I found this data, a cheat sheet.
1) Set Step 1 to “Causes of Death”
2) Set Step 2 to “Age Categories”
3) Set Step 3 to your sex and nationality. (You can also refine by your state and race, if you wish.)
4) Step 4: Submit
5) Under “Causes of Death across Age Categories”, go to “Pick a Metric to Display” in the lower right-hand column and click the radio-button for “% of Deaths” or “# of Deaths.”

Anyone else find some interesting trends or disparities?