Flies may not seem like nature’s ace pilots when they’re bumping up against a closed window or getting squashed beneath... 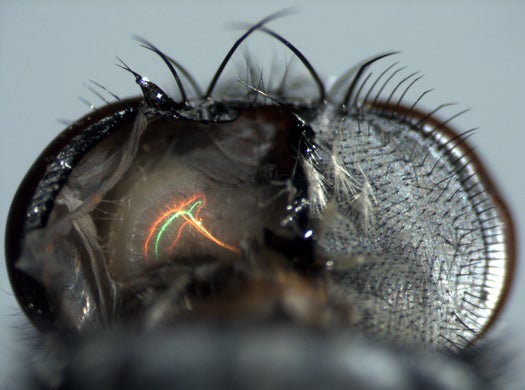 Flies may not seem like nature’s ace pilots when they’re bumping up against a closed window or getting squashed beneath a rolled-up copy of the New York Times Magazine, but a German company hopes to unravel the secrets of insect flight by tapping their brains. Literally.

The company Cognition for Technical Systems (CoTeSys) has designed a flight simulator for flies. They hope that analyzing the fly’s brain while it navigates a simulated flight path will provide the data needed to design super-agile micro-sized unmanned aerial vehicles (UAVs).

The simulator (pictured below), shows a rapid succession of flashing patterns and moving shapes that mimic objects a fly might have to navigate. Electrodes monitor the brain waves of the fly, and a computer process those brain signals into patterns understandable to those without compound eyes. 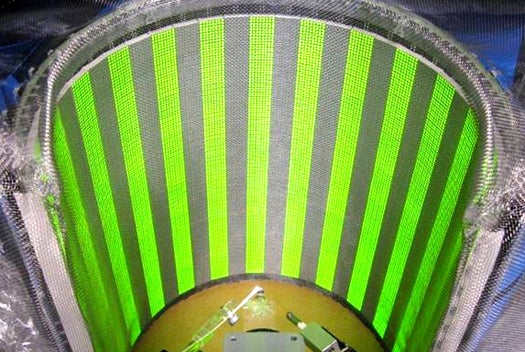 Analyzing the data, the CoTeSys researchers discovered that the fly constructs its understanding of the environment based on the speed at which objects whiz by. Now the next step is to develop software that would allow a robot to do the same thing. Robots are notoriously poor at navigating their environment, and the inability to process camera data has severely limited the development of autonomous UAVs.

So while it still seems unlikely that Microsoft Fly Flight Simulator will end up in many Christmas stockings this winter, this may still be a significant step towards creating autonomous, insect-sized flying robots.

[via Research and Development]