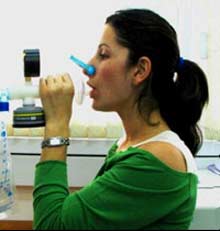 Not a breathalyzer test you want to take. Nature Nanotechnology
SHARE 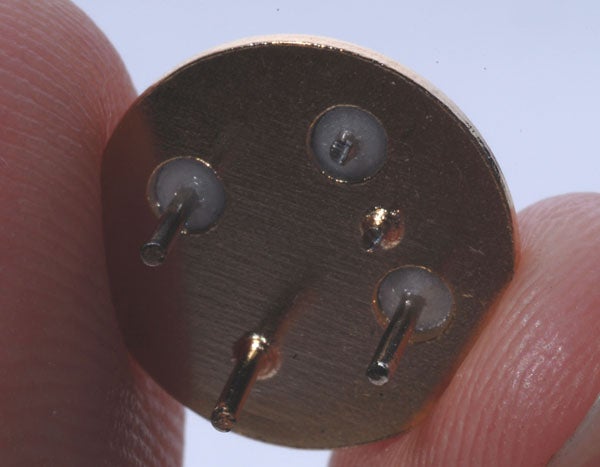 Patients of the future may take a deep breath, and then huff a sigh of relief — no lung cancer detected.

Such a cancer breathalyzer test could come from the Israel Institute of Technology in Haifa, where scientists have used gold nanoparticles to build sensors that detect compounds on the breath of lung-cancer patients.

Technology Review points out that previous breathalyzer devices have proved promising, but are significantly less sensitive than the Israeli variant. The Israeli scientists got around that problem by building sensors from gold nanoparticle arrays, which can detect the telltale volatile organic compounds of disease in their natural tiny concentrations.

Results from a study of 40 healthy volunteers and 56 lung-cancer patients look good so far, and so the new device promises a small and inexpensive method of lung cancer detection. One sticking point involves getting the compounds to stick to the gold, but the researchers found a patent-pending method of accomplishing that.

Not a breathalyzer test you want to take.

Nanoparticles have also proved promising as small magnets to manipulate cancer cells, and as markers to precisely identify brain tumors that need removal.