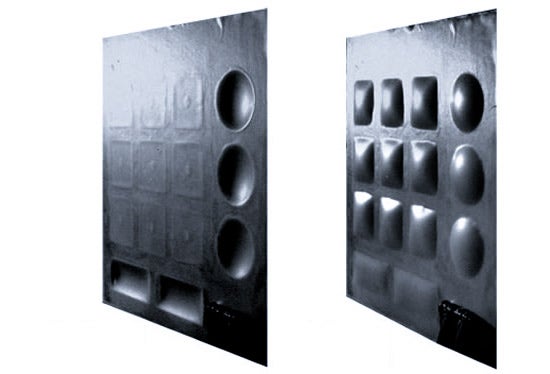 It seems increasingly rare to see a new gadget these days without a touchscreen. However, touchscreens’ versatility is both the technology’s biggest strength and its weakness. We’ve lost the tactile memory we associate with our television remote controls or old cell phones, where we knew and could feel exactly where the buttons we needed were without bothering to look. Researchers at Carnegie Mellon University are trying to combine the benefits of both, by adding a latex overlay on top of a touchscreen that inflates to create a tactile surface.

The process, as demonstrated by CMU’s instructive video, shows that, not only can buttons be fashioned out of latex, but shape and dimension can be added to screen images. Also, the screen can gauge the amount of pressure applied. Complex shapes can be made, too, all while maintaining multitouch capabilities.

In addition to ensnaring those last few tactile-minded users who prefer BlackBerries to iPhones, this technology could come in handy on screens in cars, where visual attention should be focused more on the road than on the GPS screen. Or it could perhaps be enhanced to incorporate Braille for blind people that would otherwise be left behind by touchscreen advancements.