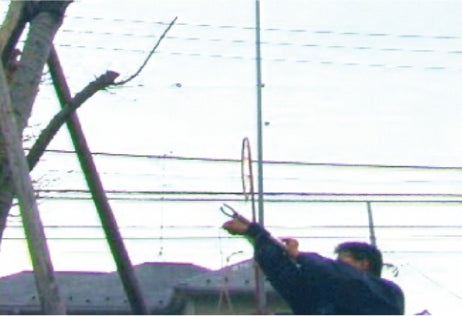 Comic book-inspired technology tends to be awesome, and Shigeo Hirose’s pneumatic grappling hook doesn’t disappoint. Inspired by Batman’s wonderful toys and the way Spiderman swings from web to web, Hirose designed the hook so that a series of them could work together to allow robots to navigate difficult terrain.

A winch launches the hook, which then orients itself to grasp whatever rests below it, thanks to an offset center of gravity. A braking spool keeps the line from knotting up, and pneumatic pressure controls the opening and closing of the grappling hook spikes.

Hirose has already tested the hook as an attachment to the Helios-V terrain-adaptive robot, and has future plans to test a battery of hooks that would allow the robot to swing across impassable obstacles, like Peter Parker vaulting from building to building.

MIT’s Technology Review has a video of the hook in action, but there’s no word yet on whether or not Hirose has augmented his grappling hook-wielding robot with the ability to play three-card monte, or teach Fisher Stevens how to love.