Because solar intensity increases as you get closer to the equator, the same solar cell normally can’t be equally effective... 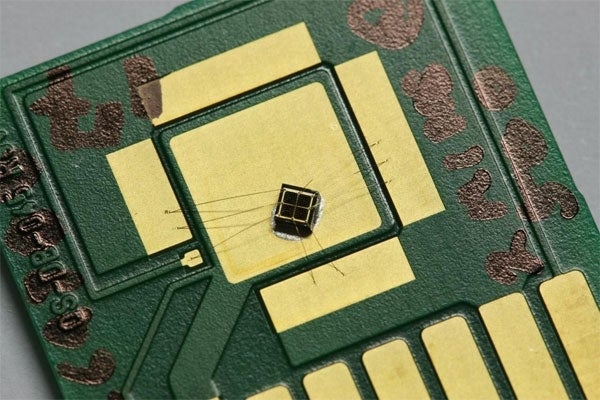 Because solar intensity increases as you get closer to the equator, the same solar cell normally can’t be equally effective in any given location. The UK firm Quantasol has devised a way of allowing solar cells to be fine-tuned according to their positional latitude, providing a substantial bump in efficiency.

Quantasol’s cells are made of gallium arsenide (GaA), a type that is significantly more efficient than silicon-based cells. Those produced by Quantasol are endowed with “quantum wells” which allow them to be individually tuned to be more receptive to certain light frequencies in a given area. This brings their peak efficiency to 28.3 percent, a new record for GaA solar cells.

While standard silicon commercial cells are far cheaper than Quantasol expects these new solar cells to be, they only have peak efficiency of 10 to 12 percent (though many are promising much higher yields in the future). Nonetheless, GaA cells have specific advantages over silicon cells in certain situations (they are able to convert much higher concentrations of light energy into electricity, for instance).