A new drug could foil any outbreak 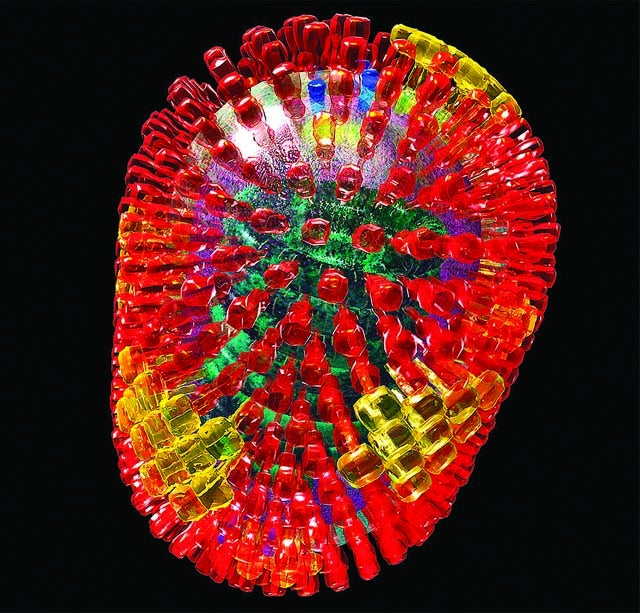 Before swine flu swept through the U.S., the virus had bounced around South America undetected for years. The H1N1 strain caught scientists by surprise, and without a vaccine. But a few weeks before the first North American case popped up, researchers successfully tested a therapy that could knock out almost any flu, and possibly any virus.

Conventional vaccines packed with inert versions of a flu strain give your immune system the chance to develop antibodies. These identify that strain’s particular version of hemagglutinin, a lollipop-shaped protein on its surface, so your body knows what to kill if infected. Every strain’s hemagglutinin has a slightly different head, so Robert Liddington, a biologist at the Burnham Institute for Medical Research in California, went after its stalk. “The lollipop head changes quite easily from generation to generation, but the stalk remains stable,” he says. “It’s the flu’s Achilles’ heel.” His team found a rare antibody that targets it, injected it into mice, and exposed them to 10 times the lethal dose of several seasonal flu strains, the H5N1 bird flu and the pandemic-causing 1918 Spanish flu. The drug staved off serious infection in each case, even if administered 72 hours after the initial exposure.

Liddington says the trick might work on viruses with similar proteins, such as HIV, but he is fast-tracking the flu drug, wrapping up tests in ferrets before handing it to the Centers for Disease Control and Prevention to oversee human trials. “Considering the recent outbreaks, expedience is the rule.”