Imagine going in for a brain procedure where you have to endure neither an invasive, cut-you-up procedure nor radiation treatment.... 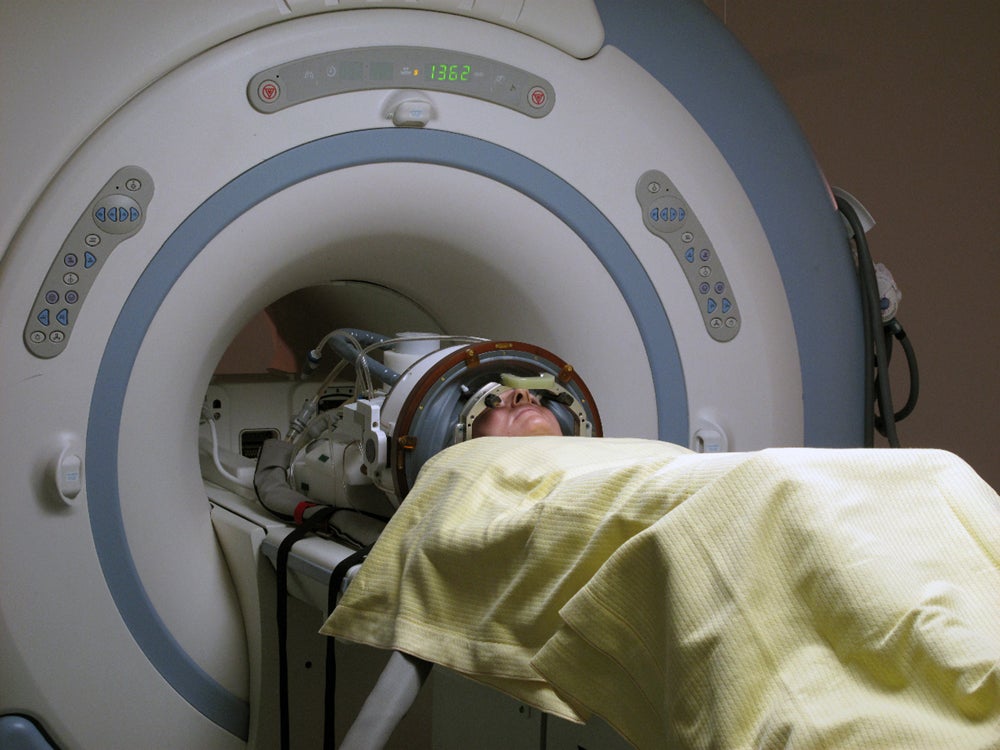 Imagine going in for a brain procedure where you have to endure neither an invasive, cut-you-up procedure nor radiation treatment. When it was finished, you could enjoy a glass of bubbly with your doctors, and go home shortly thereafter. It’s close to becoming a reality.

Israeli firm Insightec has developed a device called the ExAblate 4000, which combines an MRI with ultrasound, and doctors at University Children’s Hospital Zurich have used that machine to locate lesions in the brain, then burn them away using ultrasound. Previously, it had been difficult to use ultrasound for brain treatments, because the skull naturally distorts soundwaves.

This new system uses over 1,000 ultrasound transducers that can be specifically adjusted to each individual skull. The waves, absorbed by the skull, are converted to heat energy, which reaches 130 degrees Fahrenheit. This focused energy is able to destroy cells in a precise 10-cubic-millimeter region.

Patients reported feeling immediate results, and the worst of the effects from the procedure was tingling and dizziness. So far, the procedure has been used to treat chronic pain in patients, but doctors say they would like to use it to explore other neurological conditions, such as Parkinson’s disease.

And as for the bubbly–the patients really did have a glass of prosecco after the procedure.