Tapping geothermal sources for power has proven a tricky proposition, because of costs and hazards associated with deep drilling. But... 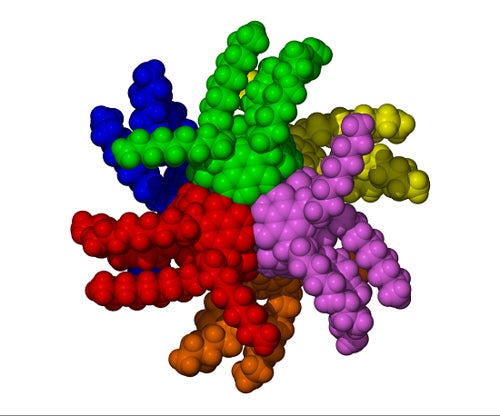 Tapping geothermal sources for power has proven a tricky proposition, because of costs and hazards associated with deep drilling. But researchers may have stumbled on a way to boost the power-producing potential of low-temperature hot springs close to the Earth’s surface, using nanotechnology.

Geothermal power plants typically tap into hot springs miles underground, where the proximity of magma superheats water to between 302 and 698 degrees F (150 and 370 degrees C). But drilling that far down has sometimes led to scary Earth tremors, which have halted some geothermal projects, and caused scientists to fret about triggering major earthquake faults.

As a trade-off, low-temperature hot springs closer to the surface present less of a hazard, but also provide less heat for geothermal plants to tap. But that could change based on a $1.2-million Department of Energy effort backing nanotech as a solution.

Researchers had been developing cage-like nanostructures to store carbon dioxide at the Pacific Northwest National Laboratory. They found to their surprise that the nanostructures could also act as heat-storage particles within special liquids such as alkanes, which are currently used to help turn power turbines in geothermal plants through evaporation.

Now the team is refining different liquid blends using the nanostructures, in hopes of potentially improving power production efficiency at geothermal plants by 30 to 40 percent. Several independent experts expressed enthusiasm about the idea to Scientific American, and noted that the development could help tap shallower geothermal sites without the earthquake hazards.

Still, the dangers of deep drilling for geothermal sources have not prevented Icelanders from going ahead with a plan to tap a volcano for boundless energy. As we reported earlier at PopSci, that plan could literally blow up in their faces.