When vaccine shortages strike, a way to use small amounts more efficiently may be the answer 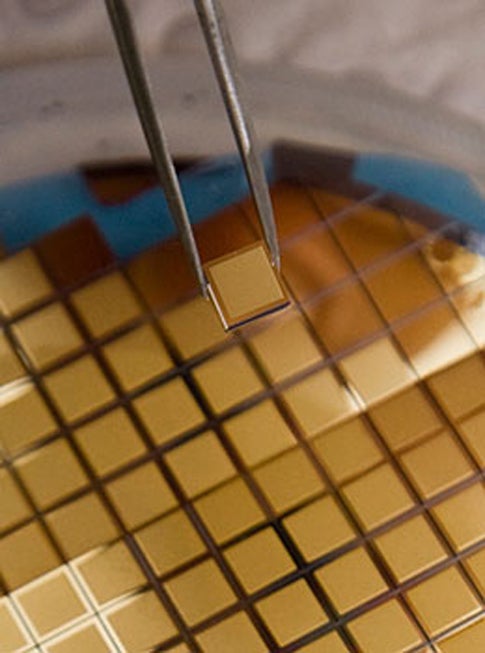 After yesterday’s announcements by the World Health Organization, calling swine flu “unstoppable” and noting that there might not be enough vaccine produced by the time flu season rolls around, the debate began over what to do with the small amount of H1N1 vaccine that will be produced this year.

Well, if you’re Australian scientist Mark Kendall, you answer that question by designing a vaccine system that provides the same protection as a regular shot, but only uses a fraction of the vaccine.

Kendall and his team at Australian Institute for Bioengineering and Nanotechnology in Brisbane are working on a small patch that would stretch what little vaccine will be ready by flu season across a much larger segment of the population.

The patch is smaller than a fingertip. One side is covered in small spikes coated in dried vaccine. Unlike the normal flu vaccine shot, which punches deep into tissue before the immune system eventually finds, identifies, and responds to the virus, the patch barely penetrates the skin at all.

That seems likely to work well: because the skin forms the body’s first line of defense against the infectious outside world, a dense layer of immune cells resides just below the surface. Rather than bypassing those cells, as a regular shot does, the patch targets them directly. By injecting the vaccine into those immune cells, the patch can provoke the same immune response as a shot with significantly less vaccine.

The patch isn’t ready quite yet, but the Australian National Health and Medical Research Council has fast-tracked the program, in the hope that Kendall and his team can win the race against the coming flu season.