Robots are just like us: some become cooks, others go into sports, some intern for a while, and then there... 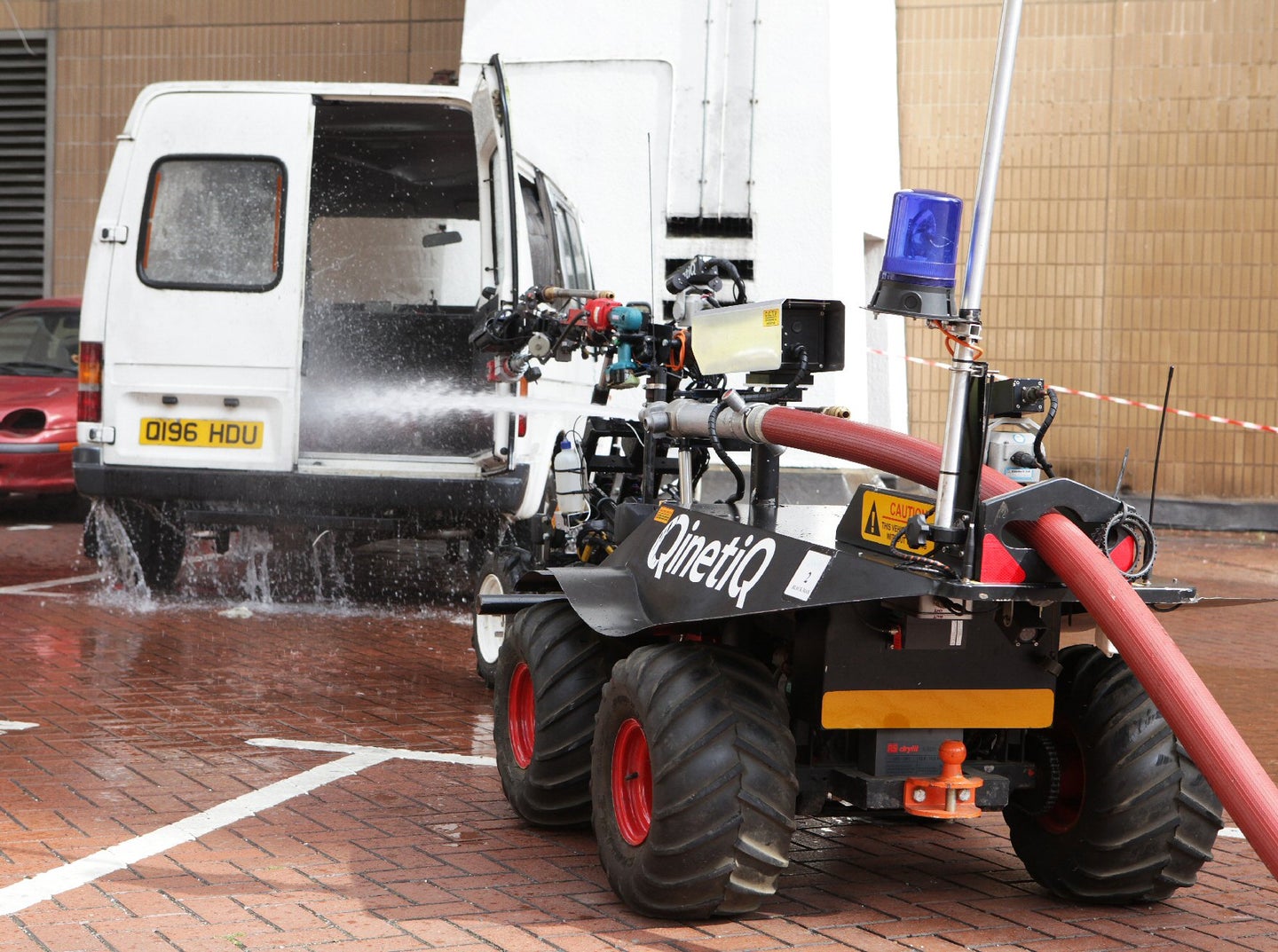 Robots are just like us: some become cooks, others go into sports, some intern for a while, and then there are the ones who find their calling in civic duty. Included in this last group are members of the recently unveiled London robotic firefighting team.

The defense tech company QinetiQ designed the four robots for the express purpose of extinguishing fires involving cylinders of the industrial gas acetylene (there have been 471 such fires in the last five years in London). These types of fires are a particular threat to firefighters since danger remains even after they extinguish the flame: the cylinders’ contents, when heated up, undergo a chemical reaction that leads them to produce yet another round of heat that could lead to further fire.

Danger aside, these kinds of fires used to require the area to be cordoned off for 24 hours. Now, with the robots’ help, the entire process takes less than three hours. In fact, the robots are said to have been an immense help during their recent trial period.

The crew includes Talon, a robotic Iraq veteran who can climb stairs and crawl into little nooks; Bison, who uses his cutting tools to gain access to the cylinder, and shoots jets of water; Black Max, the bot with the fire hose; and, last but not least, Brokk, whose giant claw enables him to pick up the cylinders.