India to Issue Biometric ID Cards to All 1.2 Billion Citizens

Everyone knows the headache of waiting on line at the DMV to get a new driver’s license. Now imagine repeating... 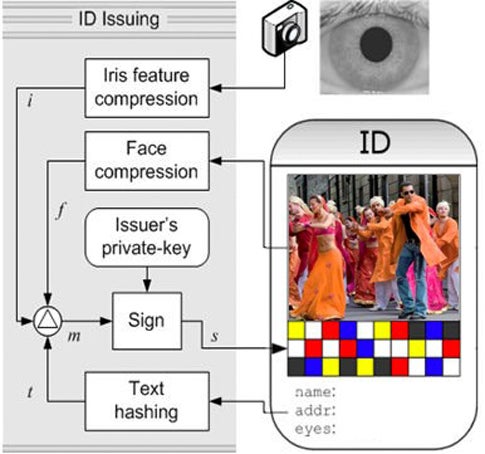 Everyone knows the headache of waiting on line at the DMV to get a new driver’s license. Now imagine repeating that process 1.2 billion times. Thanks to a new ID program, that’s exactly what the government of India will soon experience.

The Indian government has just announced a plan to furnish every member of the country’s immense citizenry with state-of-the-art biometric identification cards. The cards will carry retina and fingerprint data and credit and criminal histories, and will be linked to a central online database.

The national ID program hopes to clear up current bureaucratic tangles common in India, where citizens might be issued almost 20 different forms of identification. Adding to the confusion, many of those IDs don’t work in different parts of the country.

Obviously, the scale of the project is rather daunting. Huge swathes of India’s population are illiterate, rural, and poor. Entering the data of that vast, undocumented segment of society will significantly tax India’s notoriously political bureaucracy. Even ignoring the fact that neither the huge numbers of biometric sensors needed to compile the information, nor the huge amount of processing power and memory needed to collate the data, have been assembled, registering a large number of Indians to do anything has proven next to impossible. For instance, fewer than seven percent of India’s citizens are registered to pay income tax.

Just to give a sense of the scale of the project, if all the cards India plans to produce were stacked on top of each other, the resulting pile would be 150 times taller than Mount Everest.

To coordinate the huge effort of computerizing, storing, and protecting vital information about every Indian citizen, the government turned to Nandan Nilekani. Nilekani is the former head of the Indian technology company Infosys, and the person who coined the term “the world is flat” to describe the effects of outsourcing and globalization.

Nilekani needs to get moving. The Indian government plans on issuing the first of the IDs within 18 months, and they have only given Nilekani around $5 billion to complete the project.

[via Engadget and Times Online]