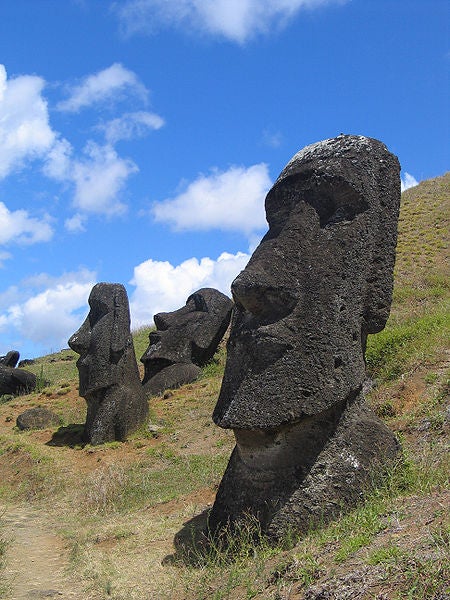 Rapamycin, a compound originally found in Easter Island’s soil in the 1970s (right there under the stone heads) has recently been proven to extend the lives of mice.

When tested on mice that had already reached middle age, the subjects treated with rapamycin increased their lifespan by 28-38 percent. Scientists are identifying these studies as the most promising drug-induced technique for increasing longevity, which is generally possible only via genetic manipulation or limiting caloric intake.

Rapamycin has been used for years for its anti-fungal properties to prevent organ transplant rejection, as a stent during angioplasty surgery and is even being tested for its potential as a cancer treatment. However, the newest addition to its resume is life extension by way of mimicking the same effects on the body associated with reduction of calories. Targeting a cell protein called mTOR, rapamycin helps control the metabolism of cells and the response to stress.

The first tests, which showed such positive results, were actually accidentally conducted on mice that were the human equivalent of 60 years old. The trouble was that the researchers had trouble getting the mice to absorb enough of the compound to have an effect. So while they worked on getting more rapamycin into the bloodstream, the mice slowly got older. By the time they figured out the solution, a technique called microencapsulation, the mice were much older than they originally planned. The results, though, were not expected since calorie reduction was shown to not have much of an effect at such an advanced age. This suggests the drug could be more powerful than any previous attempts at longevity.

The study also cross-bred many lines of mice to make a population of subjects that most closely resembled the human population. This showed that not only did it extend life across a wide range of genetically varied mice, but that it also helped prevent some age-related diseases and defects on the cellular level.

Since the pathway the drug responds to has been shown to increase lifespans in yeast, fruit flies, and mice, it could be assumed that the same pathway has been carried on evolutionarily to humans. Unfortunately, since the drug seems to also suppress parts of the immune system, it might be best to be used as a preventative for age-related disease rather than a cocktail to live forever. But the possibilities make you wonder that if only the original inhabitants of Easter Island knew the treasure under their feet, they might still be around to explain those statues to us.