For those in a wheelchair with limited mobility, Toyota’s new brainwave technology is a marvel. The rider of the wheelchair... 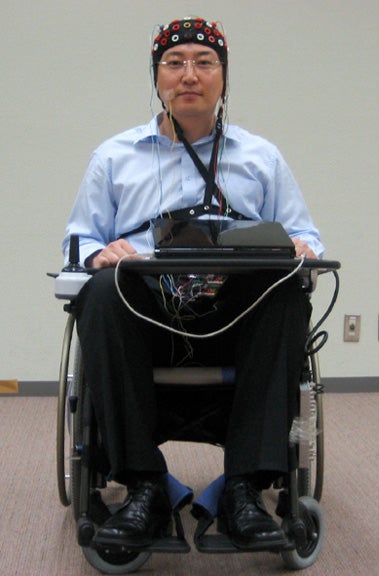 For those in a wheelchair with limited mobility, Toyota’s new brainwave technology is a marvel. The rider of the wheelchair wears a cap that sends signals via a brain-scan electroencephalograph (BSE) to a computer that analyzes the input to steer the chair in real time, as seen here in a video.

Other brainwave technology usually requires lengthy processing time, but the Toyota technology transmits in only 125 milliseconds — a crucial factor allowing faster reaction time. The technology, developed by a Japanese company called Riken, adjusts to the individual user’s commands for movements such as forward, left and right, and stop. In tests, Toyota says the commands are 95 percent accurate, which makes it the most accurate brainwave-driven controller in the world. The controller uses a technique called blind signal separation, which filters out extraneous brain signals from those intended to control the chair’s movement.

The technology has implications for other medical applications beyond wheelchair control; according to Toyota, it could ultimately be extended to adjust to the emotions and mental state of the patient.