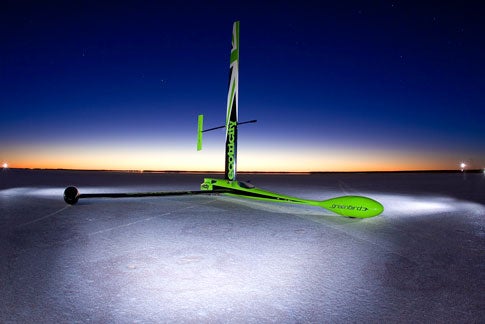 The Greenbird uses an airplane-wing-like sail to obtain ground speeds of 126.2 mph

The wind may be restless, but the fastest air-powered ground vehicle is surprisingly steady as it sails over the dusty ground. Called Greenbird, it was developed by English engineer Richard Jenkins and the U.K.’s largest private green electricity supplier, Ecotricity.

On March 26 in a dry lakebed in California, the craft broke the world land-speed record for wind-powered vehicles by more than 10 miles an hour, setting the new record at 126.2 mph.

Greenbird uses a solid, vertical sail—shaped like an aircraft wing—to capture the wind. The craft’s unique low-drag design, coupled with the power of “apparent wind” (a combination of true wind and the wind force created by forward motion), allows it to travel at up to five times the true wind speed. 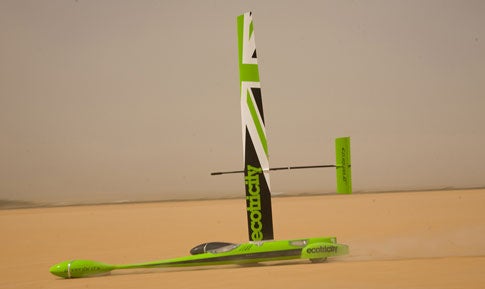