Australian scientists have developed a ceramic-like coating that could help virtually any material, such as wood, steel or brick, withstand... 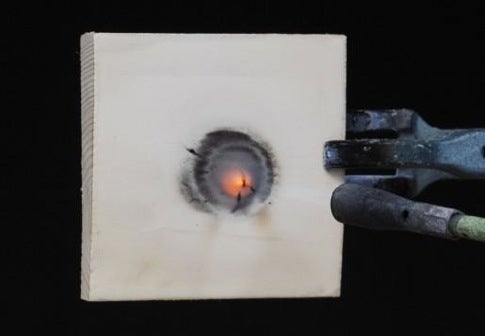 Australian scientists have developed a ceramic-like coating that could help virtually any material, such as wood, steel or brick, withstand fires up to 1830°F. Not just that, the toxin-free, inorganic substance is also blast, acid and water-resistant.

Referred to as the Hybrid Inorganic Polymer System (or HIPS for short), what makes the compound special is that it could be made cheaply from common industrial byproducts and applied like a coat of paint. Unlike previous ceramic-like coatings that have been used for heat insulation purpose, or other so-called, fire-resistant coatings, HIPS is designed specifically to protect against fire, at much higher temperatures than ever before.

And for some consumer appeal, HIPS could even be imbued with color, possibly making it attractive as a sort of house paint. I think that’s something people living near wildfire zones can get behind, especially in California. [CSIRO via Gizmag]