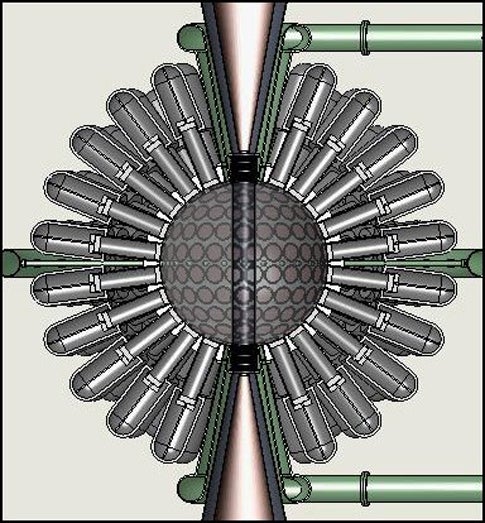 General Fusion, the Canadian duo who hope to produce a cold fusion power plant for perhaps a tenth the cost of other such promised projects, just got a $12 million shot in the arm.

According to the Toronto Star, the four-year grant comes from a non-profit called Sustainable Development Technology Canada (SDTC). However, SDTC will only provide the grant if General Fusion can match it with $28.7 million in private investment. Considering General Fusion only raised $6 million in its last round of funding, that sounds pretty steep.

Of course, it’s all chump change in the world of fusion. By contrast, the National Ignition Facility, America’s fusion project, has already cost $3.5 billion.

And, as with all fusion stories, caveat emptor. Whether it’s $6 million or $3.5 billion, all the money is going towards an unproven technology that has yet to generate enough electricity to power a light bulb. But with General Fusion claiming they will produce electricity at four cents per kilowatt-hour, which is less than natural gas costs, here’s hoping they do pull it off.