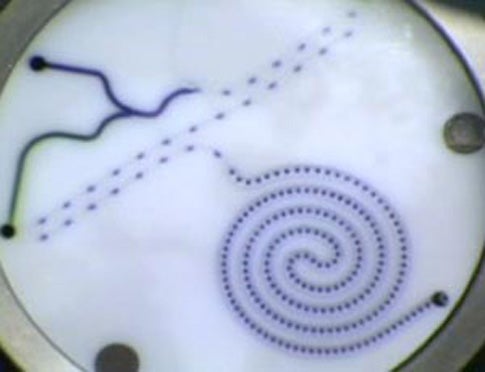 Rats used for testing drugs and cosmetics might soon be replaced by lab-grown human lungs. “Microlungs” are lung cells harvested from humans and grown onto plastic scaffolding. A handful of drug companies are already testing the technique, which grows cells that mimic functioning lungs. It may one day help end the need for animal testing stages in drug development.

Cell biologist Kelly BéruBé pioneered the creation of the microlung. She was able to get cells, resembling the inner lining of lungs, to grow and differentiate onto flat plastic scaffolds. Her team then got the cells to grow around tiny half-millimeter-in-diameter spheres embedded into a chip that creates artificial lung alveoli. These alveoli can then be used to show how cells react to a variety of stimuli or chemicals.

This advancement could save the lives of an unreal number of rats. First consider that the European Union alone has about 30,000 chemicals whose lung toxicities need to be tested within the next decade. For each chemical about 200 rats are needed to test the effects of a single dose. If chronic exposure is to be tested on that chemical, about 3000 are needed. Not only would these microlungs save countless animal lives, but it could streamline the drug development process by skipping the animal testing phase and experimenting directly on human tissue.

I’m sure rats everywhere are breathing tiny sighs of relief.