The outage-prone service does respond, apparently, to high-level government intervention 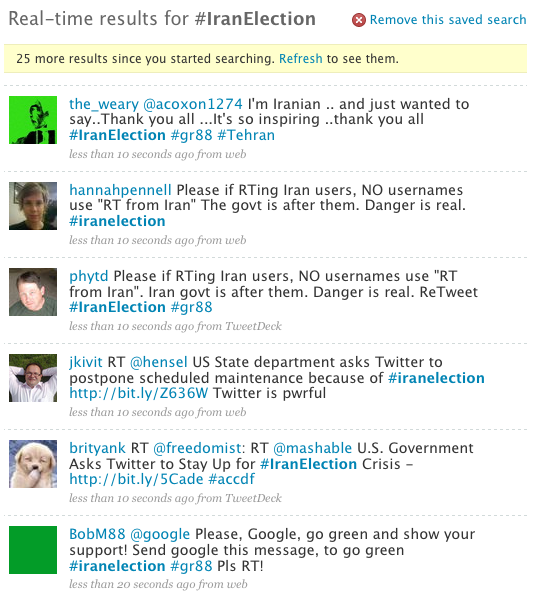 So all that importance-of-social-media business you keep hearing about Iran? This should tell you something about the underlying truth, no matter how numbing the barrage from the media can be: When the U.S. State Department heard of Twitter’s plans for an hour-long regularly-scheduled maintenance outage that would have denied daytime Twitter service to Iran, they stepped in and “urged” them to reschedule.

The outage was supposed to happen late last night–downtime for most of North America, but prime daytime in Iran, where it has continued to be used as an important communication and organization tool for the protests there. And as security forces began an even more comprehensive crackdown on those trying to report on the ground today, the reliance on social media tools has grown even stronger.

So while the U.S.’s official stance on the Iranian affair is to avoid being seen as “meddling”–a confirmed, polite nudge to Twitter is certainly an acknowledgment of the site’s incredible importance there.

As you know, we published a guide to finding the latest, live from Iran, using Twitter, Facebook and other new media sources. Check it out here.